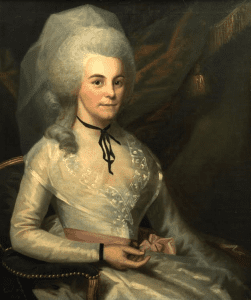 The festivities begin Friday evening at 5:30 pm with an open reception on mansion grounds and conclude with a walking tour of Albany on Sunday morning. Admission for each day’s activities is $5 per person. Registration for lectures and the walking tour are required as space is limited.

On Saturday there are a variety of events for Hamilton enthusiasts of all ages. At 1 pm there will be a lecture about Elizabeth’s time at her family’s home after her marriage to Hamilton. This talk is given by Nicole Scholet de Villavicencio, Vice President of the Alexander Hamilton Awareness Society. At 2 pm there will be a musical performance titled Hamilton: His Life and Times in Story and Song by Jonathan Kruk and Rich Bala of the Hudson River Ramblers. At 3 pm there will be a reading of Hamilton’s love letters to Elizabeth, and from 2 to 5 pm the mansion will be open for self-guided tours.

The weekend will conclude with a walking tour of Albany on Sunday morning, starting at 10:30 am and ending at noon. The tour begins at the NYS Capitol on Washington Ave and will include City Hall amongst other locations important to Hamilton’s life and work. It will end with a tour of Albany’s First Reformed Church on Pearl Street.

Schuyler Mansion is located at 32 Catherine Street in Albany’s historic South End and was the 18 th-century home of Revolutionary War Major-General Philip Schuyler (1733-1804) and his family. For further information, click here.

Illustration: A painting of Elizabeth Schuyler Hamilton by Ralph Earl, made during her visit with Earl in a debtors prison.  The original is in the Museum of the City of New York.