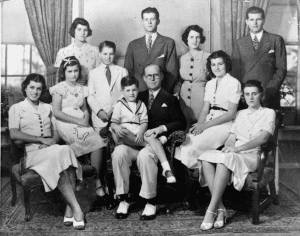 In commemoration of the Centennial of the birth of President John F. Kennedy and his early life in Westchester County, a lecture and picture program Growing Up Kennedy in Westchester: The Bronxville Years (1929-1941)  will be presented by author/historian Anthony Czarnecki on Saturday, May 13th, at 2 pm, at Cortlandt Town Hall, 1 Heady Street, Cortlandt Manor.

Mr. Czarnecki will relate what it was like being a young Kennedy of yesteryear growing up in a small suburban New York village. Using newly-discovered materials from local archives, family documents in the John F. Kennedy Presidential Library in Boston, and recent family memoirs, he will present a PowerPoint picture program that tells both heartwarming and entertaining stories about the Kennedy children, especially young Jack Kennedy’s activities in the Bronxville Boy Scouts, partying at a local country club, and writing his senior thesis for Harvard, which later became famous in his book Why England Slept?

Family matriarch Rose Fitzgerald Kennedy described in her memoir the transition of her nine children from childhood to adulthood as a “golden interval” in the life and legacy of the iconic family. As we mark the Centennial of the birth of her second son, John Fitzgerald Kennedy, on May 29, 1917 in Brookline, Massachusetts, Mr. Czarnecki’s presentation will reveal the untold story of how the Kennedys’ home and social life in Westchester provided a family-centered experience during the formative years of the Kennedy siblings. Patriarch Joe Kennedy presided over the “Kennedy Clan” in a comfortable 20-room mansion on six acres on Pondfield Road in Bronxville. 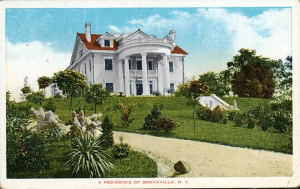 An article by Mr. Czarnecki on the Kennedy years in Bronxville – from the catastrophic stock market crash in 1929 to the Day of Infamy at Pearl Harbor in 1941- appears in the Spring issue of Westchester Historian Magazine. Copies of the magazine will be available at $10 each at the May 13th program.

For 25 years, Mr. Czarnecki worked as Chief of Staff of the Westchester County Department of Correction, serving six commissioners before his retirement in 2008. He is currently president of The Chartwell Group USA, a criminal justice consulting firm, and he teaches courses at both Iona College and Westchester Community College.

He is a self-described “history detective” with published research on Abraham Lincoln’s 1861 visit to Peekskill enroute to his inaguaration in Washington; Winston Churchill’s 1932 visit to White Plains; and President Lincoln’s secret visit to West Point in 1862. He also has published works on the origins of both the jail and probation systems in Westchester County.

The Cortlandt Town Hall is located at the top of the Heady Street hill which is on the south side of Oregon Road at traffic light across from the Historic Upper Manor House and Pump House Road. For more information, click here or call (914) 736-7868.

Photos from above: Kennedy family in 1938, and Kennedy home in Bronxville.