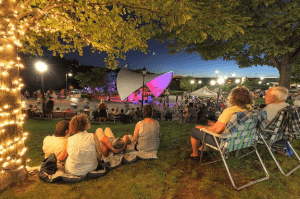 The Erie Canalway National Heritage Corridor and the New York State Canal Corporation have teamed up to sponsor 27 festivals and events in 2017 to showcase the Canalway Corridor’s nationally significant heritage and the tremendous recreational appeal of the waterway and Canalway Trail today. Events include cycling and paddling tours, canal festivals, and concerts on the waterfront.

The canal system is scheduled to open May 19, weather permitting, with an opening ceremony to take place at Lock 2 in Waterford at 10 am.

Events are a significant contributor to the $380 million in economic impact generated annually by canal-related tourism. Erie Canalway and NYS Canal Corporation’s investment in event sponsorships is expected to be matched 18:1 by local sponsors and attract a projected 88,000 people. Sponsored events are just a few of the more than 400 events that take place each year along New York’s canals.

This year’s event highlights include: Pedal-Paddle-Run in Niskayuna in May, Bicentennial Bash at Chittenango Canal Boat Museum in June, Albany Symphony Orchestra’s Water Music in July, Erie Canal Bicentennial Celebration in Rome on July 22, the 13th Annual Cardboard Boat Race in Schuylerville in August, and the Tugboat Roundup in Waterford in September.