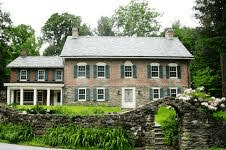 The three-century-long ownership chain of the Gomez Mill House in Marlboro is a many-tiered, richly-textured layer cake of personal stories.

But in the case of the recently-rediscovered activist Martha Gruening (1889-1937), her early-20th dreams of a better, more just world have a distinctly modern resonance.

Gruening was one of five talented children of Dr. Emil Gruening, first chief of ophthalmology of New York’s Mount Sinai Hospital. The four sisters and one brother led active lives, steeped in idealism. One sibling, Rose Gruening, founded the Grand Street Settlement in New York City, and was known as “the angel of Grand St.” Another, Ernest Gruening, was a territorial governor of Alaska and is still remembered for his role in espousing Native American rights. 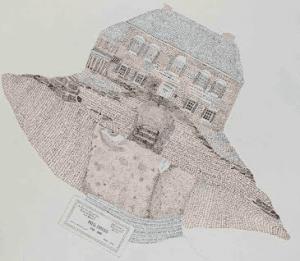 erhaps none of the siblings was as radical, or passionate, as Martha – feminist, lawyer, civil rights activist, and writer. She did not mince words. Take, for example, the first sentence of her November 1917 article in the NAACP magazine The Crisis, about the Houston (or “Camp Logan”) race riot: “The primary cause of the Houston riot was the habitual brutality of white police officers in their treatment of colored people.”

In 1912, Martha, who was a close friend of W.E.B. Du Bois, took the suffrage movement to task for failure to promote African-American equality. Perhaps her greatest, single contribution was an exhaustive study (undertaken with long-time friend and collaborator Helen Boardman) of lynching in the United States, which formed the basis for the publication by the NAACP in 1919 of a book entitled Thirty Years of Lynching in the United States. Lynching began to decline after this work appeared; it is reasonable to assume that Gruening’s work helped save many lives.

Gruening never married, but adopted an African-American child. Her beloved son David must have been one of the motivations for her interest in providing “colored” children with the kind of outstanding education she had experienced at the Ethical Culture School in New York City. In addition, education that would promote progressive values was a life-long interest for both Gruening and Boardman (who was connected with the New York Board of Education Experiments, which eventually evolved into the renowned Bank Street School for Children). 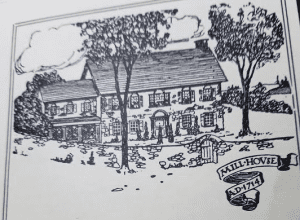 In 1917, Gruening found a full page ad in the New York Times, offering for sale “ONE OF THE MOST UNIQUE & HISTORICAL HOMES IN AMERICA.” William Joseph ‘Dard’ Hunter was a key figure in the Arts and Crafts Movement. In 1912, he had purchased the historic Gomez house in the Hudson Valley, where he built a water-powered mill for making his own paper, in order to pursue his dream of creating entirely hand-made books. The pressures of wartime (and an interest in expanding his paper enterprise to a commercial scale) caused him to put the house on the market. “The house, the mill – and all the surroundings blend together so charmingly…. It is doubtful that another such place could be found in America,” he told the reader.

According to Richie Rosencrans, Visitor Services Coordinator at the Gomez Mill House, Hunter later wrote, in a wry reference to the Red Scare of the 1920’s, that he had sold the house to a “representative of the Russian government.”

Gruening and Boardman set to work creating a “libertarian” school. Their 1919 ad in The Messenger, a socialist magazine published in Harlem, advertised “A Country School for Colored Children and Others.” The curriculum would include “All Elementary Branches and Modern Languages, Music, Art, Dancing and Physical Culture.”

The school was not a success; it is not currently known to what extent it actually functioned. A few years later, the building went back on the market and was sold in 1925.

Like many obscure historical figures, Gruening’s lasting influence is subtle, but has become part of the fabric of American society.

Most of the current knowledge about Gruening was unearthed by Susan C. Dessel, a visual artist who finds inspiration for her work in remarkable historic women who are not yet widely recognized.

Although not a professional historian, Dessel conducts in-depth research on each of her subjects, and to aid future researchers, has compiled an in-depth bibliography of Gruening’s work.

Her lovely series of banners entitled “BRICK IN A SOFT HAT (Portraiture of Martha Gruening) Series 2 Nos. 1-8” incorporate Gruening’s own words in delicate filigree patterns that capture her idealistic spirit as imagined by the artist.

Dessel credits her discovery of Gruening to a visit to the Gomez Mill House and conversations with then Executive Director Ruth Abrahams.

At the Gomez Mill House, the work of studying its many layers of ownership history, and melding their stories into a living museum, continues.