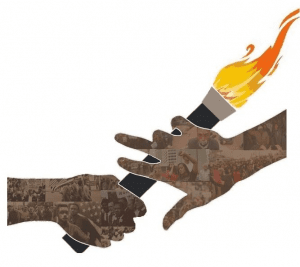 Underground Railroad History Project of the Capital Region will hold its 16th annual public history convention, Liberty Con 2017 – Americans@Risk: Race, Denial, privilege, and Who Matters, on March 24 to 25 at Schenectady County Community College and on March 26 at The Stephen and Harriet Myers Residence in Albany.

Attendees will be able to explore race relations, gender issues, immigration reform, white privilege, and religion, and their relationship with American history. As well as dialogue about action responses through a series of workshops, roundtable conversations, and keynote speakers.

Tim Wise, internationally known anti-racist speaker and author, will open the proceedings on Friday, March 24 at 7 pm in the Carl B. Taylor Auditorium of Schenectady County Community College on the theme of Racism, Denial, and Movement Building. Having graduated from Tulane University in 1990, he received his antiracism training from the People’s Institute for Survival and Beyond in New Orleans. He was associate director of the Louisiana Coalition Against Racism and Nazism, which was the largest of many groups organized in the early 1990s to defeat the political candidacy of white supremacist and Ku Klux Klan leader David Duke. Additionally, he was an advisor to the Fisk University Race Relations Institute in Nashville, Tennessee from 1999-2003.

Tim Wise has been featured in several documentaries, including White Like Me: Race, Racism and White Privilege in America. Among his ten published works are included Between Barack and a Hard Place: Racism and White Denial in the Age of Obama (2009, City Lights Publishers) and White Lies Matter: Race, Crime, and the Politics of Fear in America, (2017, City Lights Publishers). Wise has spoken at over 1000 academic institutions, and to hundreds of professional and community groups around the country, in Canada, and in Bermuda. He has trained corporate, government, law enforcement and medical industry professionals on methods for dismantling racism in their institutions.

On Saturday, March 25 Liberty Con 2017 will host a keynote presentation, “Cross Roads”, given by CeLilliane Green, lawyer, poet, and playwright. Panel presentations, round tables, student poster displays, vendors, exhibitors, an art exhibition, web based games, a Solution Wall, and a Where’s Stevie search fill out the experience. Attendees are invited to come dressed in early to mid-19th century attire. Costumed re-enactors will bring historic abolitionists and freedom seekers to life. On Sunday, March 26 an Open house will be hosted at the award winning Stephen and Harriet Myers Residence.

Event tickets for Liberty Con 2017 – Americans@Risk: Race, Denial, privilege, and Who Matters are available online, or by calling Underground Railroad History Project of the Capital Region at (518) 432-4432.

More information about Underground Railroad History Project and Liberty Con 2017 is available here, or by calling (518) 432-4432.