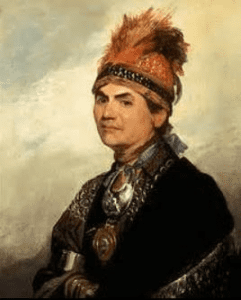 Research has shown that the Mohawk Valley attacks of 1780 were part of a deliberate British strategy to depopulate the area so that the lands could be retained after the war and thus make the Mohawk the new border between the United States and Canada.

Wayne Lenig is the museum’s Vice Chairman of the Board of Trustees. He has had a 50-year long interest in the interplay of Native Americans, European and African cultures in the Mohawk Valley region. He holds a BA from the University of Buffalo and he is an alumnus of the Cooperstown Graduate Program.

There are no fees and no membership requirements, donations are great appreciated to cover related costs. To RSVP or for further information, email arrthudsonmohawkvalleys@gmail.com or call (518) 774-5669.