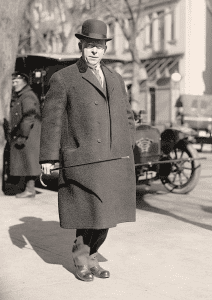 The Irish American Heritage Museum will host a Governor Martin Glynn Symposium on February 18, 2017 from 10 am to 2 pm. The symposium will take a look at New York’s 40th Governor, and its first Irish American Roman Catholic Governor.

The son of Irish immigrants, Glynn attended public school in Kinderhook and graduated from Fordham University in 1894. While serving in the US Congress (1899-1901), he championed the rights of labor, political reform, and religious tolerance. Glynn was as elected lieutenant governor in 1912.

Glynn succeeded William Sulzer as governor in 1913 after Sulzer was impeached and removed from office. As governor, Glynn again promoted his reform program, including workers’ compensation and statewide primaries, but he lacked a commanding executive leadership and in 1914 lost a bid for another term. With his impressive oratorical skills, Glynn won the role of temporary chairman of the Democratic National Convention in 1916. While in Europe in 1921, Glynn helped facilitate negotiations between British and Irish leaders that would result in the Irish Free State.

This event is free to museum members, $5 for non-members.

The Irish American Heritage Museum is located at 370 Broadway, Albany. For more information, visit their website.