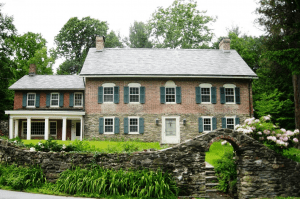 On Sunday, September 11, at 1 pm, Professor Susan Ingalls Lewis will give a talk at the Gomez Mill House, on her work on women’s suffrage in New York.

Millions of American women contributed to the drive for the vote in the United States, and New York State was home to many leaders of the movement. However, the suffrage leaders who are most recognized today – Susan B. Anthony and Elizabeth Cady Stanton – did not actually achieve their goal, since they were both dead before the suffrage victory. And most New Yorkers do not realize that women in NYS won the vote in 1917 – three years before the national constitutional amendment was passed.

So who was responsible for winning the vote for women, and why was New York the first state east of the Mississippi to allow women full suffrage in all elections? This talk will move beyond the well-known Seneca Falls Declaration of 1848 to introduce a new set of strategies and cast of characters: Miriam Leslie, Carrie Chapman Catt, Mrs. Russell Sage, Mary Garret Hay, and a flock of leaflet-dropping aviatrixes, among others.

Susan Ingalls Lewis is an Associate Professor of History at SUNY New Paltz, where she teaches courses in both New York State History and Women’s History. Dr. Lewis is currently working on a conference to celebrate the centennial of women winning the vote in New York (to take place in April 2017 at SUNY New Paltz), which will examine how women gained the vote, what they did with it, and also outline the unfinished agenda of women’s rights in New York State.

Sunday at Mill House programs are free to the public. A complimentary tour of the House follows the presentation. Light refreshments will be served.

The Gomez Mill House Museum and Historic Site is located at 11 Mill House Road, directly off 9W, in Marlboro, NY. General admission to the Museum is $10 for adults, $7 for seniors 55 or older, $4 for students with ID and children age 7 to 17; children under age 5 admitted free. Reservations are required for groups of 10 or more.

For more information contact the Gomez Mill House office at (845) 236-3126 or via email at gomezmillhouse@gomez.org.