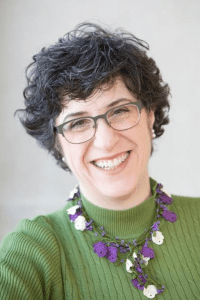 The Board of Directors of the Museum Association of New York (MANY) has announced the appointment of Erika Sanger as Executive Director. Sanger brings with her more than 30 years of experience as an educator and museum professional, and a background in program planning connecting museums and their collections with new audiences.

Sanger will join MANY on August 22. She succeeds Devin Lander, who was recently appointed as the New York State Historian.

Sanger joins MANY after serving 12 years as the Director of Education at the Albany Institute of History and Art. She led the Institute’s “digital renaissance,” most notably with the launch of a new website and creation of interpretative strategies around hand-held digital devices and interactive media.

Sanger has gained her extensive arts experience through positions held at the International Center of Photography, the Jewish Museum, the New-York Historical Society, the Brooklyn Museum of Art, and the Asheville Art Museum in Asheville, NC.

She served as Director of Development at Penland School of Crafts in Western North Carolina, where she was engaged in the region’s artists’ community, and participated in the design and implementation of campaigns for capital and endowment funds. She has also developed program assessments with Harvard University’s Project Zero, the NC Center for the Advancement of Teaching, and with the education department at the University at Albany.

Programs produced under her direction have received funding from major organizations, including the Institute for Museum and Library Services and the National Endowments for the Arts and Humanities.

Sanger holds a B.F.A. from Clark University, in Worcester, MA, and an M.A. from New York University’s Steinhardt School of Culture, Education, and Human Development.