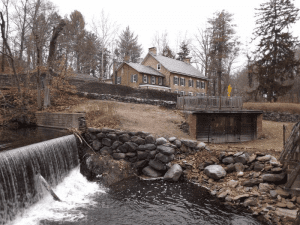 On Sunday, July 24, 2016 at 1 pm, J. Stephen Casscles will present The History of Fruit Growing in the Mid-Hudson Valley and Local Breeding of new Varieties of Grape, Raspberries, and Strawberries. He will offer for sale and sign copies of his book, Grapes of the Hudson Valley And Other Cool Climate Regions of the United States and Canada. A wine tasting of local vintages follows the presentation.

This talk will briefly detail a 200-year history of fruit growing in the Mid-Hudson Valley, and focus on the concentration of experienced local fruit breeders in the middle to late 19th century who developed hundreds of new varieties of grapes, raspberries, red currants and strawberries. In addition, it will delve into the relationship of these fruit breeders with nationally known, but local horticultural writers such as A.J. Downing & Charles Downing of Newburgh and Rev. Edward Roe of Cornwall-on- Hudson. It will conclude with and assessment of their fruit breeding work and its impact on horticulture in America today.

J. Stephen Casscles, Esq. has been a grape grower and home winemaker in the MidHudson Valley since 1976, concentrating mostly in French-American Hybrids and has been a commercial winemaker for the Hudson- Chatham Winery, Ghent, NY since 2007.

He comes from a long line of Hudson Valley fruit growers since the 1870’s. While in High School, College and afterwards (1974- 1986), he worked at Benmarl Vineyards, Marlboro, NY under the tutelage of Mark, Dene and Eric Miller. He has operated his own vineyard, Cedar Cliff, in Athens, NY since 1989, and grows over 30 different varieties of French-American hybrids, and is now concentrating on growing and examining scores of Heirloom Hudson Valley developed hybrids from the 1840’s to 1890’s, and grapes developed by E.S. Rogers of Cape Ann and Salem, MA.

He is the author of Grapes of the Hudson Valley and Other Cool Climate Regions of the United States and Canada, which describes over 170 different grape varieties that can be grown in cool climate areas, including their characteristics in the field, cellar and glass. For his day job, he is a lawyer working for the State of New York and resides in Athens, NY with his wife, Lilly and children Benjamin, Noah, and Grace.

The mission of the Gomez Foundation for Mill House is to preserve the 300 year-old Gomez Mill House — the oldest standing Jewish dwelling in North America and home to Patriots, Preservationists, Artisans and Social Activists — as a significant regional and national-ranked museum, and to educate the public about the contributions of the site’s former owners to the multicultural history of the Hudson River Valley Located at 11 Mill House Road, directly off 9W, in Marlboro, NY. You must be on a tour to enter the Mill House. — General admission to the Museum is $10 for adults, $7 for seniors 55 or older, $4 for students with ID and children age 7 to 17; children under age 5 are admitted free. Reservations are required for groups of 10 or more.

For more information contact the Gomez Mill House office at (845) 236-3126 or via Email: gomezmillhouse@gomez.org.