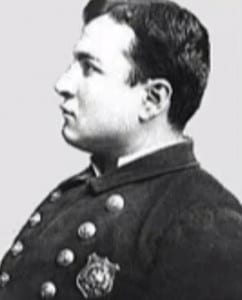 The man, who sported a thick mustache speckled with gray hairs and a scar shaped like the letter ‘v’ on his left cheek, had been viciously stabbed, his neck almost severed from side to side. Inspectors on the scene had an inkling the man was one of the many Italian immigrants who had recently made their way into New York, and who perhaps had become involved with La Mala Vita, the bad life.

Joseph Petrosino arrived on the scene to inspect the murder wearing his dark gray overcoat and a tall derby hat. His colleagues knew when he was around by the click-clacking of his shoes, tall boots he favored and that gave him the illusion of height. Immediately, he understood that this was another example of the Black Hand striking against one of their own. It seemed, he told those around, that now they were no longer dealing with an extortion racket, but one that had evolved into a murderous gang. 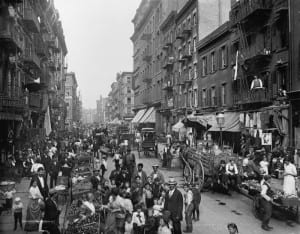 Joseph Petrosino was born Michele Giuseppe Pasquale Petrosino, on August 30, 1860 in the small town of Padula, in the region of Campania, Italy. The first of six children, four boys and two girls, he hardly knew his mother, who died shortly after the birth of her last child. His father soon remarried, and in 1873, when Joe was thirteen, the large family headed to New York City, where relatives already lived. An industrious boy, while attending night school to learn English, Joe took on several jobs, including one as a shoe shine boy, his stand set up across the street from the Police Department, on Mulberry Street.

By the time he was seventeen, he was working as a city sweeper for the City of New York, which was then under the tutelage of the NYPD. It was during that tenure that he met and befriended his new supervisor, Aleck Williams, a gruff and brutal man who’d joined the New York Metropolitan Police some years earlier. Williams saw potential in young Joe Petrosino, and despite his Italian heritage, he agreed to help facilitate his rise through the NYPD, which was then primarily staffed by Irishmen. On October 19 th , 1883, at the age of twenty-three and ten years after arriving to New York City, Joseph Petrosino became a policeman for the famed New York City Police Department. He was handed a silver badge with the number 285 branded on it, a baton, and assigned to patrol Thirteen Avenue.

When Joe Petrosino arrived in New York in 1873, Italian immigrants coming to the United States were still very few in numbers. By 1878, only about twenty-five thousands of them had made their way across the Atlantic, and these were mostly coming from the northern areas of Italy, people seen as educated, artistic and refined. But by the time Petrosino joined the force, Italians were disembarking into New York City in droves, Americans believing that the country, and most especially their city, was becoming overrun with these new arrivals. And unlike the previous immigrants, the newcomers were not deemed a great class, but those rough southerners escaping famine, unemployment, civil unrest, and peasant feudal conditions, the lowest class possible. And while most of them came with good intentions – to work hard and make a better life for themselves and their families – sprinkled with the respectable crowds, police feared, were also the criminal types, those running away from their past now intent on finding new lawless opportunities and freedom in the new world.

By the mid-1890s, Joe Petrosino had left the duties of patrolman behind and transferred to the investigative team, where he had been promoted to detective, working directly under the Commissioner, Theodore Roosevelt. Roosevelt would become his good friend, and eventually promote him to Sargent prior to moving to Washington, a rank no other Italian had reached until then.

Part of his new job involved infiltrating some of the most dangerous gangs in the city, allowing him to become famous in the New York press, yet infamous in the underworld. He had now come to believe that some of the members of the Black Hand had been involved in several murders in the city, and the crime committed on April 14, 1903 and dubbed The Barrel Murder could be attributed to them. There were two men in particular on whom he had set his sights on: Ignazio Lupo, known as “the Wolf,” and Lupo’s brother-in- law, Giuseppe Morello, two vicious, cruel individuals the Secret Service also feared were running a counterfeit operation throughout New York. Yet, despite his investigations and proof that these two individuals were involved, they were never indicted. 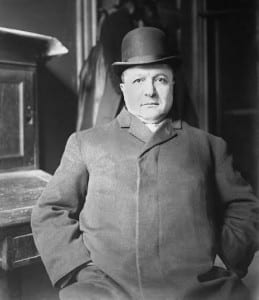 For years Petrosino had been pushing his current Police Commissioner, William McAdoo for a team of Italian Detectives to help him combat what he called Italian crimes. But he was always denied, and now they were seeing the consequences of that. He had already baptized the team The Italian Squad, and it was not until January of 1905 that the city Aldermen finally agreed to go along with his plan. Along with Italian detectives, he also set up a network of informants all over Little Italy, building files and cases against the most powerful individuals he encountered, and in 1909, when he was already a Lieutenant, he was informed by the new Commissioner, Theodore Bingham, that he would be sent to Palermo, Sicily on a mission to gather information on criminals that were already being investigated in New York. The hope was that the intelligence he gathered would be enough to either indict them for their crimes, or deport them back to Italy. He was not very happy about the assignment; having recently married and become a father for the first time, he did not want to travel out of the country. He also had a nagging suspicion that something terrible would happen while abroad. Nonetheless, he agreed to go.

On the evening of March 12, 1909, Joseph Petrosino set out to cross the street through Piazza Marina, between the Church of Santa Maria Della Catena and Santa Maria Degli Angeli. The air was cool, the breeze coming from the ocean stiff and chilly. He entered Café Oreto just as the owner was filling a carafe with water and a jug with wine. Petrosino scanned the patrons inside the café as he was led to the table. Some moments later, as he savored the remnants of his meal, two men came in; they were young, both with dark hair and wearing frayed black jackets. They sat at the bar for a few minutes then ordered a drink, which they swallowed quickly, then left.

Petrosino sprung from his chair, dropped a few coins on the on the table and hurried after them. It was dark by now, the area quiet and cooking smells wafting across the empty Piazza Marina. Only the occasional hoof of galloping horses could be heard nearby.

Few moments later, patrons inside the Café Oreto were rattled by gunshots. The owner glanced toward the table Petrosino had recently occupied, knowing precisely what had happened. 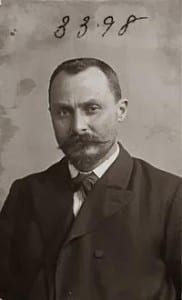 On learning of the murder of Joseph Petrosino, the Italian Police determined that a member of the Black Hand, someone who had followed Joseph Petrosino from New York to Palermo, had killed him, striking while in the city. On the other hand, the American Police felt that a Sicilian who lived and operated on Sicilian soil had shot him on the spot, independently of the Black Hand; he had not been followed from America, but someone had learned of his stay in Palermo the moment he set foot in the city, and killed him. It had been a crime of opportunity. The Italians disagreed.

Lt. Petrosino’s body left Italy on April 9 th aboard the English vessel Slovenia, the funeral held at the Old St. Patrick’s Cathedral and ordained by Monsignor Kearney, his friend. Though many attempts were made to find his killer, or killers, and several people have confessed to it, the case still remains open.

Photos from above: Joseph Petrosino in his uniform, shortly after becoming a policeman; Mulberry Street, a mainly Italian neighborhood where Petrosino did a lot of his investigating.; Lt. Joseph Petrosino just prior to leaving for Sicily, in 1909.; Vito Cascioferro, notorious criminal mastermind believed to have plotted his murder.