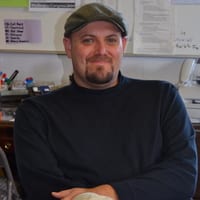 State Education Commissioner MaryEllen Elia today announced the appointment of Devin Lander as New York’s State Historian. Lander, who currently serves as the Executive Director of the Museum Association of New York (MANY), is expected to join the Education Department on May 19, 2016.

According to a press release announcing the appointment: “The State Historian conducts research on state history, provides statewide coordination and leadership of the historical communities in New York, and promotes collaboration, education and scholarship to ensure a greater understanding of the history of New York State.”

Devin Lander holds a B.A. in American History from the State University of New York at Plattsburgh and an M.A. in Public History from the University at Albany.  Prior to his time at MANY, Lander spent six years with the New York State Assembly as Deputy Legislative Director for Assemblyman Steve Englebright.

Lander also acted as the Staff Director for the Historic Hudson-Hoosic Rivers Partnership, a public-benefit corporation created by the New York State Legislature “to preserve, enhance, and develop the historic, agricultural, scenic, natural, and recreational resources and the waterways within the Northern Hudson River region.”