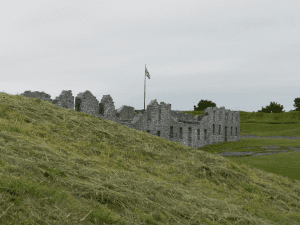 Historians, museums, cultural groups and community members are invited to join one of two workshops on battlefield stewardship to be held at two locations – Wednesday April 13, 2016 from 1 to 4 pm in the Schuyler Room of Saratoga Town Hall, and Thursday April 14th from 1 to 4 PM in the auditorium of Crown Point State Historic Site.

The workshop discussion will be led by Saratoga National Historical Park Superintendent Amy Bracewell. Keynote speakers Lindsey Morrison and Kathy Robertson from the Civil War Trust will share information about Campaign 1776 – a national initiative to foster the preservation and interpretation of Revolutionary War and War of 1812 battlefields.

The workshops will explore the roles and actions that individuals and organizations can play in the protection of battlefields. Participants will be asked to help identify ways to stimulate both local residents and visitors in the preservation and stewardship of battlefield resources.  Contributions will aid in the development of a “Toolkit for Battlefield Preservation.”

The workshops are hosted by Lakes to Locks Passage, a nonprofit organization. The workshop is funded through a grant from the American Battlefield Protection Program (ABPP). The ABPP supports projects that safeguard, preserve and tell the stories of America’s battlefields, more information about the Program can be found here.

The workshops are free to the public, registration is requested. Email Drew Alberti at info@lakestolocks.org, or call (518) 637-4690 for more information.

Photo: The Ruins at Crown Point (by John Warren).