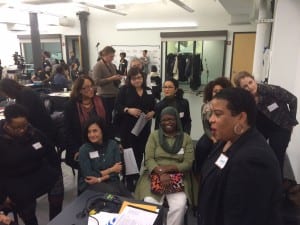 Art deco murals, decorative brick work, mosaics – not quite what you expect to encounter at a women’s prison. The Bayview Women’s Correctional Facility at 550 West 20th Street in Manhattan was built in 1931 as a YMCA for merchant sailors. Converted to a prison, it was closed after Superstorm Sandy flooding and is now being converted to a Women’s Building. As an adaptive reuse, the main building will be preserved with some elements that reflect the history, even as the site is re-purposed as a women-focused community facility.

On Monday November 30,  the  Novo Foundation which is leading this conversion after winning a proposal competition to develop the building held a community conversation to canvas ideas for the facility. The visioning workshop included former incarcerated women, prison activists, women’s advocacy organizations, historians, architects, educators and community representatives. Pamela Shifman the executive director of Novo Foundation commented on the history and background of the project by saying: “The Novo Foundation created in 2006 is interested in working for a just and balanaced world.” 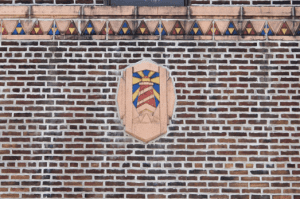 Shifman was fomerly the director of women’s and girls initiatives at the Foundation, so she was quick to see the potential of the site and to recognize the broad array of community interests that could be focused on the conversion project. The Foundation conducted interviews with some alumnae of Bayview who contributed insights.

One said she wanted “to see life as an opportunity and not a struggle to muddle through – your past does not define you or your future unless you let it.”  Another suggested that “this kind of place could help women and girls with all kinds of problems, not just violence.” The lighthouse motif found on the building facade could symbolize these notions of a “beacon of hope” for women facing life challenges.

About 70 people in the Community Conversation brainstormed ideas for creating a women’s building that encompassed uses such as a gathering place, a catalyst for change, an educational center with a focus on job training and opportunity, a place for sharing and dialogue. Many emphasized the idea of many voices in many languages, a version of a community facility that reflects New York City’s diverse population, and the idea that collaboration is the best vehicle for change.

The eight-story building with a six-story annex has around 110,000 square feet, so it offers plenty of room for dreaming about ideal organizations and activities for hte space. A sense of history animated some of the advocates gathered: one woman reminded the audience that in 1971, women had demonstrated for the Fifth Street Women’s Building in the East Village, demanding that a health clinic be opened “tomorrow.” It never happened. One participant underlined that the Women’s Building should be an open, welcoming, transformative space. The Empire State Development Corporation which created an RFP for the project last year emphasized community uses, historic preservation and architectural distinction and excellence.

Novo Foundation’s development partner Goren Group will help select an architect after seeing results from this series of Community Conversations. 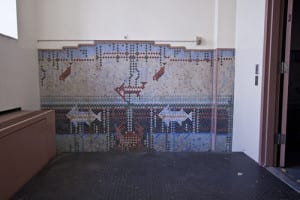 “Women’s rights organizations have practical needs and inspirational needs, and this adaptive re-use project will provide all of that for them,” says developer Lela Goran. “This historic rehabilitation will shape the next chapter of this building’s history.”

Lela Goren is also currently involved with the adaptive reuse of the Yonkers Powerplant, an exciting project reclaiming an enormous structure on the shores of the Hudson River. Shifman commented: “We hope the building can be a living model of the values we hold dear: collaboration and partnership, equality and fairness.”

The building has some handsome features in its design: a chapel with parquet floors, tiled framed proscenium and stained glass windows featuring maritime scenes, a large pool with mosaics, and color terra cotta medallions on the facade. 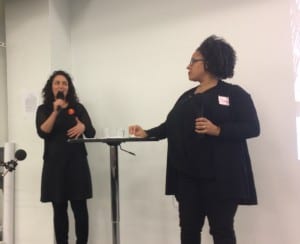 The rooftop, once a fenced recreation area has terrific views of the Hudson, since the building is located on the corner of West St and West 20th, right next to the luxury Jean Nouvel condos. The State Office of Historic Preservation hopes that some on-site grappling with the history will be part of any conversion plans. Schifman mentioned that the pool should be preserved, as well as the facade. The ESD guidelines noted that no housing would be permitted on the site, so we can expect to see organizational activity.

The workshop ended with participants chanting their most cherished goals, as the cartoonist scribe drew results on post-up murals.Live Cartooning As one formerly incarcerated women said, It’s a great idea to take “a place where women were once held captive  and transform it to a place geared toward making women’s lives better.”