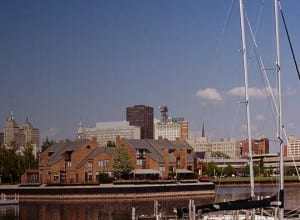 A few years ago, NYS Governor Andrew Cuomo launched a statewide “Revitalization Initiative” to help revitalize and expand the state’s economy. Job creation is the primary goal. Major state funding has been allocated and directed to a variety of projects. Last spring, the Governor changed the program to focus on the “Upstate Revitalization Initiative.” The overall goal is “systematically revitalizing the economy of Upstate New York,” in the words of the official guidelines.

Plans are developed and submitted by Regional Economic Development Councils (REDC) established by the governor in 2011. Seven upstate regions are eligible this time and have submitted plans after extensive consultation within the regions. The three that are judged the best will receive $500 million each. You can get more information about the initiative, and see the seven plans, at:

These plans are worth reading. They represent a good deal of regional collaboration among business, government, education, and community leaders. They build on years of analysis and discussion. They are visionary and aspirational, projecting an optimistic future if the requested state funding is received. They are full of good ideas that might find local or regional support even if the state funds are not secured. The plans dovetail well with other initiatives to strengthen New York’s economy, e.g., the New York State Business Council’s Made in New York initiative.

For the most part, though, the plans don’t reach back into history for guidance or inspiration. Here are four examples.

*Gov. Andrew Cuomo, who often cites New York’s historical greatness, noted in a July 15, 2014 speech that “upstate New York at one time was Silicon Valley before there was a Silicon Valley. This was the place where the advanced manufacturing was happening. This was the place of innovation. GE was a big part of that….the great innovators of the time were in upstate New York…IBM, Xerox, Kodak, Bausch + Lomb.” But there is little in the broader statewide initiative or in these regional plans that about what made New York the greatest business state in the past, e.g., the Erie Canal, railroads, the state and local highway system, and the Thruway, just to name a few transportation-related state initiatives. One of the emphases in the plan for the Finger Lakes region which includes Rochester, is “optics, photonics, and imaging.” The plan notes (p. 28) that “for more than a century, the Finger Lakes region has been the leading industrial center for optics and imaging,” something of a historical understatement for the region where Eastman Kodak, which dominated the photography industry for many years, was headquartered. Recent economic developments are related in this plan and the other plans, but the longer view of history is not developed.

*There is little by way of history of what has worked in the past and what has not worked to grow the economies, bring in businesses, and generally increase jobs in the regions and across the state. This sort of historical perspective would be useful and would demonstrate the state — and the regions — are not starting with a blank slate. For instance, the State Commerce Department (predecessor of today’s Empire State Development office) developed New York’s first development initiative and its first slogan – “New York Means Business!” – in 1944 to assist postwar business expansion and jobs.

*A number of the plans include downtown revitalization initiatives. This will involve work on old structures. But the central role of historic preservation — preserving historically significant buildings, using funds for restoration and rehabilitation of historic structures in decline — is not much developed as a theme in the plans or reflected in their requests for funds. Historic development is a proven jobs-creator and it also helps raise the tax base and helps attract people who want to live in historical communities. The case for historic preservation is made particularly well in the Office of Parks, Recreation, and Historic Preservation/Division for Historic Preservation’s New York State Historic Preservation Plan, 2015-2020:

“New York State’s rich heritage and culture is brilliantly reflected in its buildings, landscapes, communities, sites, artifacts and people. The incredibly diverse mosaic of historic and cultural properties found in every region of the state helps to define New York’s distinctive identity as well as establish its special quality, character and sense of place. The state’s historic built environment is the result of centuries of human occupation and adaptation. While change is inevitable and each generation will make contributions over time, the mission of historic preservation is to promote the identification, protection and revitalization of properties and places that ensure a sense of connection to our past and that have the potential to enrich our lives—now and in the future.”

*Tourism is a relatively minor strategy in the plans; heritage tourism, the focus of the Governor’s Path Through History initiative gets limited attention. There are a few exceptions. For instance, the Central New York plan (p. 46) includes a strategy to “grow and support destination tourism assets. The region will launch a collaborative tourism destination program to strategically manage, develop and market its key visitor assets in a collaborative and inclusive fashion. Destination development will be accomplished through new tourism policy, new product development,      expanded marketing, enriched cultural and heritage providers, and enhanced events.” The report also notes that “the region’s unique historic assets and cultural amenities, such as the Harriet Tubman National Historical Park in Cayuga County, make the region a tourism destination.”