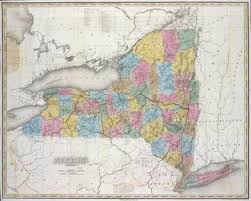 As we near the end of the year I thought I’d offer some updates about the status of the New York History Blog, and at the same time, some important news for the history community.

Those who attended the Researching New York Conference in Albany recently may be aware of the following developments, but this will no doubt be the first time many have heard these important announcements.

It was also announced that there will be no Conference on New York History this spring. Instead, a joint conference with the Researching New York Conference will be held at SUNY Albany a year from now – November 17-19, 2016.

“On September 24, 2015 a group of organizations met at the New York Council for the Humanities to brainstorm ideas for providing the public with historical context in the run-up to New York’s November 7, 2017 referendum on whether to call a state constitutional convention. The discussion was moderated by Robert Weible, former New York State Historian, and Peter Goldmark, former Rockefeller Foundation President and Chair of the Temporary State Commission on Constitutional Revision created by Governor Mario Cuomo in 1993 to prepare for New York’s last constitutional convention referendum in 1997.”

In other news, the long-suffering journal New York History had a table at the Researching New York Conference, staffed by a new team from SUNY Oneonta who are taking over the publication from the former editors. New York History was shifted from the New York State Historical Association (NYSHA) to SUNY Oneonta in 2013, but has not been heard from publicly since the spring of 2014. It’s unclear whether they have been actively publishing or not, but with another round of new editors, there may be some movement toward a serious journal of state history. Unfortunately, they intend to keep publishing via pdf only to paid subscribers.

I offered, as I do every year, to form a partnership between the New York History Blog and the journal New York History. Academics who are interested in promoting their work related to New York history are already welcome to publish here on the Blog. Any statewide history organization who would like to partner to evolve this Blog to meet the needs of academia while also publishing for the public, would be welcome to contact me as well.

On a more positive note. It was encouraging to hear NYSHA president Paul D’Ambrosio speak publicly about the “history community” and make the statement that the 2017 joint conference would be held in conjunction with New York State History Month. Until two years ago, the History Month initiative was all but dead. Last year, the State Museum launched a logo, and this year it was highlighted in a press release by Governor Andrew Cuomo. Once again, history organizations around the state are beginning to get involved with New York State History Month.

And that brings me to the final issue of today’s post – the future of the New York State History Blog.

The future depends on you (about 20,000 of you each month!). If you find it valuable to learn about what’s happening in the history community; if you think it’s important that there is a public place for members of the history community to express themselves; to highlight their work, new publications, meetings and conferences, to feature the history community’s triumphs and struggles, then now is the time to act.

Make a contribution to our Rally.org fundraiser or consider an advertisement for your favorite organization or initiative.

Share our rally page, make a contribution, and help grow and support the history community you care about.