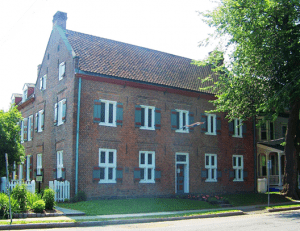 Crailo’s historic grounds and Hudson River park set the scene for the event which features both 17th and 18th century re-enactors, music, and demonstrations, as well as crafts and games for children. Among the re-enactors are 17th-century Dutch settlers, a tinsmith, a doctor and Native Americans.

The Jolly Toy Lady will offer children a glimpse at childhood in the 17th and 18th century with wooden toys such as the Game of Ninepins, stilts, French hoops, and Tug-o-war. Tom Hanford will perform as a wandering minstrel around the grounds throughout the day and will offer his own brand of musical storytelling under the tent.

There will be a silent auction to benefit the Friends of Fort Crailo featuring many great items from local vendors. There will be free ice cream while supplies last.

In addition, this is an opportunity for visitors to tour Crailo’s new exhibit, “A Dishonorable Trade: Human Trafficking in the Dutch Atlantic World.” The museum marketplace gift shop will also be open and features Dutch souvenirs, Native American trade goods, and books for all ages.

This outdoor event is free to the public (a nominal donation is asked to enter the museum exhibit) and is presented in conjunction with the Hudson River Ramble.

In case of severe weather, the event will be held on Sunday, September 13th. The festivities run from 11 am to 4 pm.

This year Crailo will be collecting school supplies for students in need in the Rensselaer City School District. Bring an item to receive $1 off admission. You can find a complete list of the supplies needed on the Fort Crailo Facebook page.

Once the Van Rensselaer family’s fortified home, Crailo State Historic Site is a museum of colonial Dutch life in the Hudson River Valley.