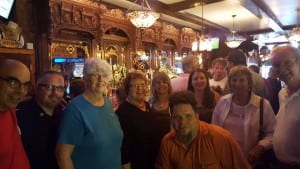 Heritage tourism is a new name for an old concept. As an archaeology student in Greece, I remember seeing Lord Byron’s name carved on the Temple of Poseidon. His mark among the hundreds of forgotten names reminds us of the well-established motif of traveling to the classical world as part of the Grand Tour. The German word “Bildungsreisen,” used among the nineteenth century elite in Europe, described travel for educational and cultural enlightenment.

Here in Orange County, N.Y., locals love to recall the heyday of the Hudson River Day Line steamboats like the Mary Powell or the O&W and Erie railways that brought travelers to sites along the Hudson River and into the Catskill Mountains. 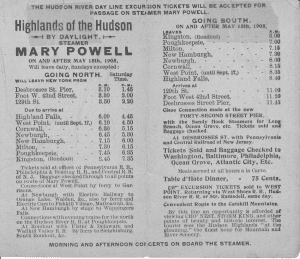 With the passing of the second half of the twentieth century, heritage tourism went out of fashion. Historic sites saw attendance decline and downtown businesses lost out to the big box options. According to a 2015 study by AARP, relaxation and visiting family remain the dominant motivators for travel for Baby Boomers (people ages 55-70) and Gen Xers (people ages 35-55) still lead the pack in seeking romantic getaways.

These generations’ travel habits emphasized the need take a break from their surroundings. But after fifty years with these modes entrenching themselves into the way that tourism is marketed, things are now changing dramatically. Since the mid-2000s, the trend to travel in search of “immersive” and “authentic” experiences has reinvigorated some local historical destinations and urban downtowns. However, museums have been slow to adapt and most small institutions struggle to innovate, then maintain consistency to attract the new audiences.

As a result, we have confusing statistics to unpack if we are to understand how to meet expectations in the market. According to a 2011 study by the American Alliance of Museums, 78% of leisure travelers are interested in participating in cultural or heritage activities while vacationing. These heritage tourists spend 63% more money than recreation or relaxation tourists. They stay longer, they go out of their way to support local businesses, and they are more likely to maintain connections to people they meet along the way.

The maturing of the Millennial generation (people ages 20-35) is driving these trends. As Millennials settle into careers and start families, they are prioritizing travel. As the most college educated generation in American history, but strapped by school loans and slow starts in the job market, they are transforming the tourism market with expectations of local experiences that combine fun and learning (“experiential” or “edutainment”). They have less money to spend per person, less paid vacation time, and rarely have a personal savings, but they are choosing to spend their limited resources closer to home and in support of cultural heritage. It’s important to note that the Millennials were educated at a time of a blossoming of Global Studies curriculum and international academic travel as standard hallmarks of the four-year experience. They are taking the critical thinking skills they developed while studying cultures abroad and turning them inward. 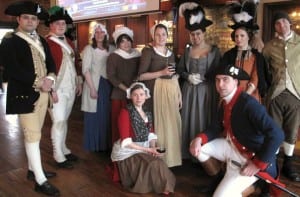 The Baby Boom generation is also having their affect: They are seeking volunteer positions and joining boards of historical institutions as they retire from the workforce. There’s a renewed interest for empty-nesters to return to downtowns where they can be part of a walkable community and contribute to the institutions they remember from their childhoods. Their donations have a direct effect on what institutions are capable of implementing. And although many museum professionals are hesitant to talk about it, the biggest donors influence what kinds of programming and exhibits are created – and often what will be collected and who will be hired. Their impact as they take the helm of largely volunteer based sectors of society will have long-term implications on the revitalization or collapse of some of our nation’s oldest (struggling) institutions.

Overall the concept that historic sites and museums are now on the radar for two influential generations sounds very promising. A new audience and a new crop of volunteers have arrived to invigorate the sites just in the nick of time. According to an Institute of Museums and Library Sciences report from last year, out of the nation’s 35,000 museums, approximately 60% have an annual income of less than $10,000 and 40% are staffed by one paid employee or none at all. A 2013 survey from the National Endowment for the Arts revealed that 83% of reporting institutions saw flat or declining attendance from 2009 to 2013. It’s confusing and disappointing that with such a surge in the popularity and influence of heritage tourism that most historical institutions are not feeling revenue or visitation gains. 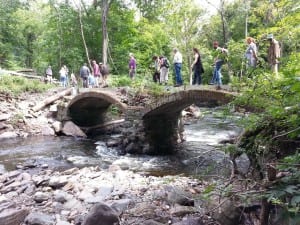 The small minority of museums using technology to showcase their collections, hiring professional staff, and responding to the visitation trends are seeing unprecedented success. The sites that are making it difficult for the public to have access to collections and are still rehashing the research from 30-plus years ago are seeing the lowest numbers regarding membership, attendance, and donations that they’ve ever seen. This is a crisis in historically based museums and societies today as the technology divide and differing opinions on how history should be experienced has left donors and volunteers (Baby Boomers) and the strongest audience (Millennials) in a situation where there is little understanding of each other’s priorities.

Signs of What’s to Come

Every time I look around and wonder why there’s no one else under the age of 60 on a $4 group tour of my favorite historic site, I try to remind myself that Hamilton on Broadway packs a theater with 1,300 seats every night at $150 per ticket and there must be reasons why they have attracted a diverse audience. People of every generation care about preservation and history, but we need to find a way to make our programming accessible and relevant to all stakeholders. There are several examples at local sites that showcase how this can be done well.

In 2012 Washington’s Headquarters in Newburgh revamped their museum to be based around an open storage concept with kiosks set up for visitors to research the objects on display. Museum Village in Monroe has undergone a transformation over the past five years by professionalizing their collections staff and increasing visitation through thematic event days like the annual Great War Commemoration. 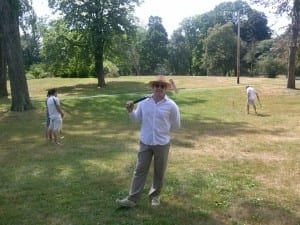 In 2010 the Town of Deerpark Historian Lynn Burns and Assistant Historian Norma Schadt developed a bus tour that brings school children and adults along the route that Joseph Brandt traveled to raid the Neversink Valley in 1779. They string together landmarks like historical markers, cemeteries, and the Fort Decker historical site to bring the story to life.

Over the past few years the Crawford House in Newburgh has embarked on programming that is aimed at multi-generational audiences, bringing groups on history hikes to places like the industrial ruins of the Quassaick Creek and into Downing Park to play croquet.

The Historic Tavern Trail of Orange County is a program through the County Historian’s office that aims to bring economic development, local history and these trends in heritage tourism together. I hope to see you along the route!

Photos, from above: The Erie Hotel during the last Tavern Trail stop; Mary Powell Day Liner brochure (courtesy of Robert McCue of the O&W Railway Historical Society); Friends of the Historic Sites of the Hudson Highlands fundraiser at the Newburgh Brewing Company; Hikers on the Quassaick creek; and a Croquet Tournament at Downing Park.