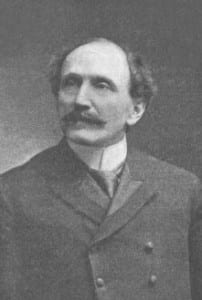 Among the foreign issues America has dealt with many times is hostage taking. Kidnappers have claimed various motives, but it was frequently done to extort money in support of a cause. Extortion kidnappings have often involved seizing of American missionaries and threatening to kill them unless ransom was paid. More than a hundred years ago, there occurred what is referred to as “America’s First Modern Hostage Crisis,” which is actually the subtitle of a 2003 book by Pulitzer Prize-winning author Teresa Carpenter.

“The Miss Stone Affair” is the title, referring to Protestant missionary Ellen Maria Stone. A North Country man was a key player in her story, which riveted the nation for half a year.

Charles Monroe Dickinson was born in November 1842 in Lowville, New York (Lewis County). After high school, he worked for several winters as a schoolteacher at Haverstraw-on-Hudson, about 20 miles south of West Point. The money earned helped further his education at Fairfield Seminary and Lowville Academy. During this time, Charles also explored writing, particularly poetry. At the age of 19 he produced a poem, “The Children,” that constitutes his second great claim to fame. More on that later.

In 1964 he moved to Binghamton to work in a law office and train as a lawyer. To help cover expenses during the learning stages, he wrote stories and poems for various New York City newspapers. A year later, Charles passed the bar exam and began practicing in Pennsylvania. He also married Bessie Hotchkiss, daughter of one of New York State’s most prominent lawyers and politicians.

Through familial and business connections, his law firm expanded, handling heavy workloads at offices in Binghamton and New York City through 1878. At that point, he left the legal profession and attempted to turn around the struggling Binghamton Republican, in which his father-in-law was invested. Putting time and money into the effort, Charles reversed the newspaper’s fortunes and made it a legitimate moneymaking enterprise. Two years later, he bought out all partners and became sole owner.

In 1889 Dickinson published a book titled “The Children and Other Verses,” but delivering the news remained his principal vocation. As the newspaper business grew and evolved, an industry-wide need was perceived for sharing of information. In 1892, as a member of the executive committee of the New York State Associated Press, Dickinson was deeply involved in reorganizing the Associated Press. He then took a 13-month tour abroad, seeing the world and studying America’s foreign service, which he found to be lacking in many ways.

From 1893 through 1897, Charles ran the newspaper while working on poetry and other literary efforts. He also cemented political connections that, with his strong, pro-business attitude and criticisms of the foreign service system, helped determine his future. In 1897, he was appointed US Consul-General to Turkey (with offices in Constantinople).

Immediately he turned his attention, as promised, to improving American trade, opening several direct shipping lines that brought US products to Turkey and Egypt. Success in that regard led to an additional appointment in 1901 as diplomatic agent to Bulgaria, a country dealing with many factions that were grasping for control. 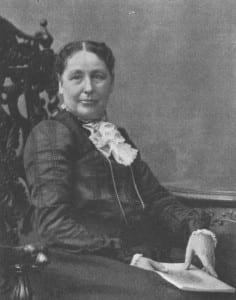 On September 3, 1903, one of those factions, IMRO (Internal Macedonian Revolutionary Organization) kidnapped American citizen Ellen M. Stone and a Bulgarian, Katerina Tsilka, both of whom were Protestant missionaries. Among the kidnap-group’s leaders were Yane Sandanski and Hristo Chernopeev (spellings vary widely).

A ransom demand was made: $100,000 within 18 days or the hostages would be killed. However, IMRO was badly in need of cash, and with so many potential players involved—the US State Department, Bulgaria, England, Russia, Turkey, IMRO, the American Board of Foreign Missions—there was little chance the standoff would end quickly.

The state department had no funds for ransom purposes, but Stone’s story soon became a cause célèbre in the United States, where a fundraising effort began. Concerned citizens followed the story daily in the media, and in time, schools and churches raised a large sum of money for her release.

In the end, it was Charles Dickinson and persons under him who handled the negotiations, haggling with the kidnappers and convincing them to accept the $66,000 raised in the United States, well short of the $100,000 demand. The entire affair lasted six months, receiving national and worldwide media coverage, and boosting Dickinson’s public profile enormously.

In 1906, Charles became a member of the board that wrote regulations for the American Consular Service, and was also appointed Consul at Large over all the Middle East consulates. However, he resigned that position in late 1907 to care for his wife, who was seriously ill. They returned to their New York home, where she died in 1908. Most of the rest of his life was spent in the Binghamton area, and his name was forever linked to the Ellen Stone crisis.

Now to the issue of Dickinson’s poetry, and in particular the poem titled, “The Children.”

Having been published in many newspapers since his youth, Charles was obviously a very capable writer, producing several books and pamphlets. But it was his poetry that garnered the most attention. Two of his better-known efforts were “Come Unto Me” and “Bereavement.”

Many critics considered “The Children,” written when Charles was but 19, an absolute gem. Hezekiel Butterworth, editor of The Youth’s Companion, called it the second most popular poem ever written by an American. Famed author/editor Rossiter Johnson called it one of the world’s most famous poems. A half-century after he wrote it, Charles still received mail from readers who were touched by his famous work. The poem appeared in many school readers and collections of poetry.

But the great fame attending “The Children” is surrounded by an odd bit of circumstances. Was it as good as claimed, or was it praised because its admirers believed it to be the work of Charles Dickens, and not Charles Dickinson?

For the majority of his life, Dickinson battled the widespread belief that his popular poem was actually a Dickens work, discovered in the great author’s desk drawer long after his passing. The solution? When Dickinson published his book The Children and Other Verses in 1889, included in it was the following letter, addressed to him personally by a distinguished personage:

“Dear Sir: In reply to the letter which Mr. William Henry Smith has been good enough to forward to me, I willingly testify to the fact that the poem ‘The Children,’ which has so often been erroneously attributed to my father, was not written by him; and that, far from having claimed it as his, I have written during the last seventeen years a large number of letters, and have many times inserted in my magazine, Household Words, answers to correspondents, stating that the story about the poem having been found in my father’s desk after his death was entirely apocryphal, and that I was altogether unaware to whom the credit of the authorship of the verses was due. I am, dear sir, faithfully yours, Charles Dickens.”

That settled the issue. As to the poem’s greatness, judge for yourself. Either way, Charles Monroe Dickinson rates as perhaps the second-best poet in Lowville’s history. Also born there was Benjamin Franklin Taylor (1819–1887), of whom it was once said, “He would make poetry of the dictionary itself.”