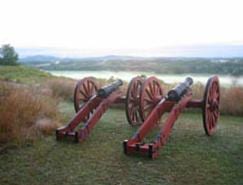 A new National Park Service (NPS) report argues that 58,772 visitors to Saratoga National Historical Park (known locally as the Saratoga Battlefield) in 2014 spent $3,296,000 in communities near the park. That spending supported 50 jobs in the local area and had a cumulative benefit to the local economy of $4,168,300 according to the report’s authors.

The nationwide report shows $15.7 billion of direct spending by 292.8 million park visitors in communities within 60 miles of a national park. This spending supported 277,000 jobs nationally; 235,600 of those jobs are found in these gateway communities. The cumulative benefit to the U.S. economy was $29.7 billion.

According to the 2014 report, most park visitor spending was for lodging (30.6 percent) followed by food and beverages (20.3 percent), gas and oil (11.9 percent), admissions and fees (10.2 percent) and souvenirs (9.9 percent). The report includes information for visitor spending at individual parks and by state.

The full report can be found online here.