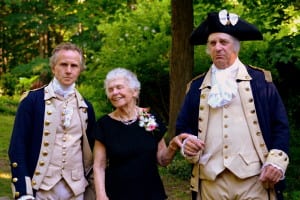 Since 2003, fourteen leading women of the Hudson Valley have been chosen to receive the “Martha Washington Woman of History Award.” This year’s recipient was Town of Fishkill Historian Willa Skinner.

Willa Skinner’s answer to the question about what she does for a living was short, quick and surprising at first, “I perform C.P.R.” Collect, preserve and research, that is. And for the past fifty years she has done just that for the residents of Dutchess County in her role as the Town Historian. “A lot of town historians just sit and know…I think the knowledge should be spread around,” she said.

Upon entering Willa’s office at the Fishkill Town Hall one notes the ephemera of fifty plus years of service. Historic newspaper clippings, notices and posters are proudly displayed. A filing cabinet sits close to her desk and houses hundreds of files she referred to when explaining some of her research. At home in this enclave, this “keeper of secrets” will share her knowledge with anyone willing to listen.

One big listener in 2014 was CNN when they set out to investigate the ancestral “roots” of thirteen of its prominent hosts. The anchor Jake Tapper’s story led him to Dutchess County. CNN started by contacting the Fishkill First Reformed Church to find the best person to tell that story. Willa Skinner was their woman. Impressed by the experience, Tapper described Willa as “the keeper of the secrets.”

Willa’s research revealed Tapper’s ancestors were Loyalists during the Revolution. Tapper was stunned, “I could not believe it. My ancestors, my colonial ancestors, were on the side of the British. Let me repeat that: the British. The wrong side… It was like poison on my lips.” To Tapper, this news was more incredible than learning his seventh great-grandfather may have lived to be 128 years old and eight years before his death courted a 21 year old woman. The confident young woman turned him down.

Raised in the Bronx, Willa eventually sought a journalism degree from New York University. After graduating she married and eventually relocated to Dutchess County. In the early 1950s there weren’t many female journalists. One area newspaper she applied informed her they did not hire females to work in the newsroom. She finally did get a job with a local newspaper and for many years composed stories about the area. She became involved with the Van Wyck Homestead and helped to found the Fishkill Historical Society in 1962. Two years later she was appointed Fishkill Town Historian.

A “keeper of secrets” doesn’t seem to be an accurate description of the Town of Fishkill Historian. Stories may become secrets when they go untold, but Willa has dedicated her career to sharing them. Not only is she an accomplished author of history, which include the books Remembering Fishkill and Signal Fires in the Highlands, Willa was a columnist with the Southern Dutchess News and Beacon Free Press for more than forty years. She currently serves on the publication committee of the Dutchess County Historical Society, is a member of the Dutchess County Municipal Historians Association, and the Association of Public Historians of New York State. 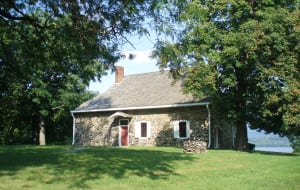 illa taught a course at Dutchess Community College called, “Finding the Roots of Your House” and enjoys researching the records of historic structures. She especially finds the Hasbrouck House, General Washington’s Headquarters, fascinating due to the presence of Martha’s Washington. She admitted, “What amazes me when I see Washington’s Headquarters in Newburgh is that the house is so small yet it held his secretaries, staff, soldiers and others. I think Martha had her hands full.” Willa also had her hands full when she accepted this year’s title as the 2015 Martha Washington Woman of History; an honor she finds makes her very happy, the Revolutionary War is one of her favorite time periods to investigate.

The award ceremony took place during Washington’s Headquarters State Historic Site’s program, “The General’s Lady,” on Sunday. Inspired by Martha Washington, the event paid tribute to both the impact of noteworthy historical women, and to contemporary women making a difference in the field of history and preservation in the Hudson Valley. The event also featured Ruth Pierpont, Deputy Commissioner for Historic Preservation for the New York State Office of Parks, Recreation and Historic Preservation, as she shares her unique perspective on historic preservation.

This article was prepared by the Friends of the State Historic Sites of the Hudson Highlands (FSHSHH), a registered 501(c)(3) non-for-profit organization that exists to benefit three New York State Historic Sites – Washington’s Headquarters, New Windsor Cantonment, and Knox’s Headquarters. The supported historic sites gain from this organization’s mission to increase public awareness of the three sites’ historical and educational significance; to raise funds to be used to supplement the educational, programming and collection needs of the sites; and to offer quality education and history related items for sale to site visitors. For more information in regard to membership contact them at Friends.SHSHH@gmail.com.