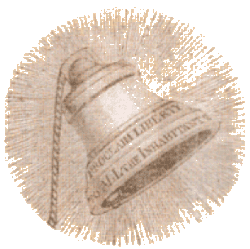 “The Civil Rights Movement: Teaching with Common Core and the NYS Social Studies Framework, in the Shadow of Ferguson, Missouri,” by Alan Singer of Hofstra University, starts off the conference weekend at The Educators’ Workshop, at which anyone interested in the topic is welcome.

“Black Activists and National Reconstruction,” delivered by Douglas Egerton, of LeMoyne College, will be the focus of the Opening Address. “While even the most so-called Radical Republicans envisioned reconstruction as something for the former Confederate States of America alone, northern black activists understood that the entire nation required reformation,” notes Egerton.

Based in the research published in his newest book, The Wars of Reconstruction: The Brief, Violent History of America’s Most Progressive Era (2014), Egerton “paint[s] a dramatic portrait of on-the-ground struggles for equality in an era of great hope and brutal disappointment,” according to American Historian Eric Foner.

Henry Louis Taylor, Jr., PhD, from the University of Buffalo, will speak to the topic of “From the Underground Railroad to the Fight Against Neoliberal Racism: The Long Struggle for Black Liberation” at the Saturday morning keynote. Taylor, a Professor in the Department of Urban and Regional Planning and Director of the Center for Urban Studies at the University of Buffalo, conducts historical and contemporary analysis on distressed urban neighborhoods, social isolation, and race and class issues.

Representations and Misrepresentations, Slavery to Mass Incarceration; Engaging Urban Youth in Their Communities Through History; Sorting Out Freedom in Post-Emancipation Times; The Invisible Abolitionists: the Intertwining Relationship Between Fugitive Enslaved African Americans, Freedmen, and American Indians; Abby Hutchinson’s Sweet Freedom Songs; The Secret Lives of the Underground Railroad; Juvenile Literature and Attitudes on Freedom, Servitude, and Race; and The Long Black Freedom Movement and Socialism are just a sampling of the depth and breadth of breakout session offerings.

The Sage Singers will offer a cultural performance, “Fierce Convictions: Songs of Freedom, the Civil War, and Spirituals”; while “The Struggle for Civil Rights in American: Lino-cuts” by Sam Kerson art exhibit and reception will conclude the day’s events. Sunday’s Open House at The Myers Residence and Bus Tour of Albany’s UGRR sites will draw the weekend to a close.

Registration information is available at www.UndergoundRailroadHistory.org or by calling (518) 432-4432.