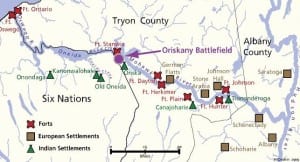 A series of raids against valley residents took place during the war. Led by John Johnson, they are collectively known as the “Burning of the Valleys”. Presenters for this conference that are confirmed so far include:

Don Hagist – The Revolution’s Last Men, the Soldiers Behind the Photographs

Glenn Williams – The Year of the Hangman, George Washington’s Campaign Against the Iroquois

Bruce Venter – The Battle of Hubbardton: The Rear Action That Saved America

More details will be forthcoming and will be announced here at The New York History Blog.