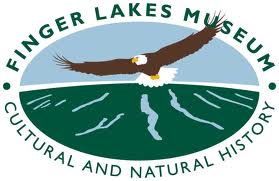 In two separate letters to museum board President John Adamski, Empire State Development President and CEO Kenneth Adams wrote that the Finger Lakes Regional Council had recommended a $200,000 grant award for capital construction work at the museum’s campus in Branchport and an additional $54,500 through its Division of Tourism for marketing and promotion through the state’s I Love New York program.

Initial plans called for the Branchport site to function as an adjunct research and education facility known as the museum’s Discovery Campus. But since the board voted to consolidate the entire project at the Branchport Campus late last summer, its architects and exhibit designers have been working on plans to transform the former elementary school building into an exhibit hall and administrative offices. Classroom walls were removed during asbestos remediation, making 17,000 square feet of clear-span open space available for redevelopment.

The state Office of Parks, Recreation and Historic Preservation has offered to transfer its $498,000 grant, which was awarded in 2012 for master planning and infrastructure design at the museum’s former site in Keuka Lake State Park and which was never used, to be utilized for that same purpose at the Branchport Campus.

Adamski said, “When combined together, these three grants will give us three-quarters of a million dollars to continue moving the project forward. We are excited and very grateful to the council, to ESD, and to State Parks.”

The latest grants bring the total amount of state funding awarded to the project to more than $3 million since 2011. But to access the state funds, Adamski said that a percentage in matching funds must be raised privately. The percentage varies depending on different state agency requirements.

The Finger Lakes Museum is an initiative to create a premier educational institution to showcase the cultural heritage and ecological evolution of the vast Finger Lakes Region of New York State and is a 501(c)-3 Not-for-Profit Corporation chartered by the State Education Department. For more information or to make contact, see www.fingerlakesmuseum.org.