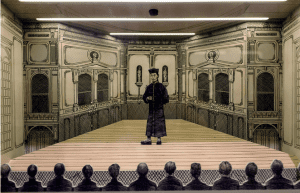 The remarkable saga of the Chinese in America is one of prejudice and progress, marked with fierce struggles against injustice and precedent-setting legal cases. An ongoing exhibition at the New-York Historical Society (through April 19, 2015) excavates intriguing materials to document the history of these conflicts, drawing on cartoons, adversarial proceedings in immigration offices and family archives to tell heart-rending stories.

Opinions from period voices track the evolution of attitudes. The African-American statesman Frederick Douglass summons the ultimate American vision of inclusion formulated shortly after the end of slavery: “The voice of civilization speaks an unmistakable language against the isolation of families, nations and races, and pleads for composite nationality as essential to her triumphs.” 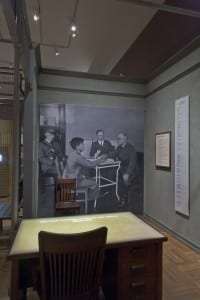 The curator Marci Reaven and chief historian John Kuo Wei Tchen kick off the story with the tea, clipper ships and trade. A rare flag from Samuel Bonney’s missionary expedition is a reminder of how American interests in China created ties that formed a bridge for later immigration. Chapters on the gold mining era play out against raw political fights in the young state of California. A powerful Workingmen’s Party led by Irish-born Denis Kearny gained power through virulent denunciations of foreigners. Kearny ended his speeches with “The Chinese must go.” Cartoons with caricatured imagery of Chinese immigrants show how prejudice was spread and became a staple of the polarized politics of the West Coast. Mobs chased men in the streets to cut off their braided hair, and burned down Chinese enclaves. 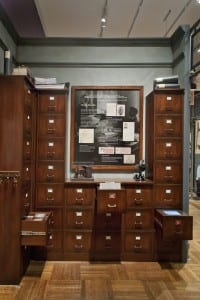 The exhibition foregrounds a little-known character who may be on his way to iconic status as Asian-American’s earliest statesmen: Wong Ching Foo. A prolific speaker, journalist and founder of the Chinese Equal Rights League, he even challenged a popular myth about Chinese eating rats by offering a reward. No one proves the tall tale and collects the $500. While Wong Ching Foo was trying to shift public opinion, the ordinary Chinese person seemed to be  nearly invisible, practically written out of the records. Although 80 percent of the workers on the Central Pacific railroad were Chinese, they were not invited to the big ceremonies celebrating the connection of East and West at Promontory, Utah in 1869. 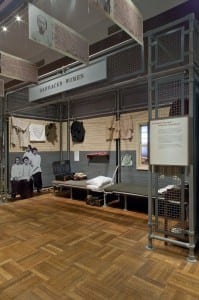 Meanwhile, Congress got busy enacting laws that were even harsher than the special taxes, bans, property-owning exclusions and licenses the West Coast had invented to oppress Chinese immigrants. In 1882 it passed the Chinese Exclusion Act, the first racially based immigration legislation in the country, which was renewed and stayed in effect until World War II. A host of other discriminatory measures propelled the Chinese in America to argue their rights in the courts.   Actions against the Chinese were the basis of the first requirements for photo identity cards and challenges to the rights of citizenship for those born in America. In a staged re-enactment of a trial of immigrants taken from actual court papers, Judge Denny Chin, from the Asian American Bar Association treated a sold-out audience in October to “22 Lewd Chinese Women” a case about who was or was not deemed a prostitute and thus to be excluded from stepping off an immigrant ship. 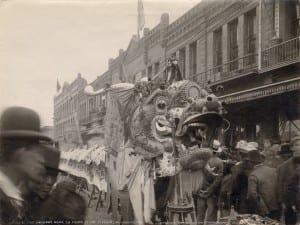 All this could be pretty disheartening, except for the extraordinary family tales of survival and prosperity. But the men in uniform do not always win the cat and mouse game of immigrant versus the immigration authorities. On Angel Island, the West Coast version of Ellis Island, paperwork was a mess after San Francisco burned in the fires caused by the 1906 earthquake. So canny passengers were quick to claim that their parents’ birth certificates were certainly consumed in the flames.  Coaching notes for the grueling immigration interviews were hidden in peanuts and oranges.

Indeed, the documentation of history that emerges in this show is an unusual blend of incidents drawn from official papers, and family stories heretofore hidden in someone’s closet. The curators have been especially inventive in reconstructing scenarios that stage the individuals’ stories in period tableau to convey the atmosphere and human drama.