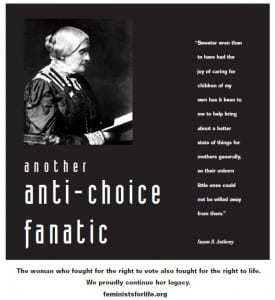 The recent activities of the Susan B. Anthony List, a 501(c)(4) organization, and its affiliated political action committee, the SBA List Candidate Fund, have raised concerns at Rochester’s Susan B. Anthony Museum & House, part of an ongoing dispute over anti-abortion activists and social conservatives using Anthony’s name.

“We can make room for a different interpretation of history, and we certainly support political engagement,” says Deborah L. Hughes, President and CEO of the Anthony Museum, “but their tactics repeatedly cross a line that is outrageous and inconsistent with who Susan B. Anthony was. Her good character is being defamed by their actions. People are outraged by their actions, causing harm to Anthony’s name and the mission of our Museum.” 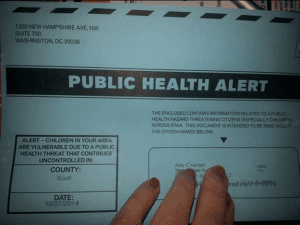 Hughes cites as a most recent example an election mailer that voters in Iowa received shortly before election day. The envelope looks like an official government announcement of a disease outbreak, labelled “PUBLIC HEALTH ALERT” and claiming “CHILDREN IN YOUR AREA ARE VULNERABLE TO A PUBLIC HEALTH THREAT THAT CONTINUES UNCONTROLLED.”  Inside, it identifies the public health threat as a Democratic candidate for U.S. Senate.

When contacted about the mailing, Mallory Quigley, spokesperson for The Susan B. Anthony List, responded in an email that, “Abortion is a very serious public health risk both for the child whose life is ended and the mother who may suffer health complications. Voters deserve to know where their candidates stand on this life and death issue.”

“The Anthony Museum is dedicated to preserving and interpreting Susan B. Anthony’s life and work in a historically accurate and responsible manner,” a statement from the museum to the press said. “Unfortunately, the confusion that results from the actions of The List and its affiliates is not new.”

“Depending on how you feel about the political issue, you might say The List and this mailer are ‘brilliant’ or ‘horrific.’  That isn’t our issue,” says Hughes. “Our concern is that a national political lobbying group is using Susan B. Anthony’s good name for their benefit, and they are damaging her reputation in the process.”

Photo: A meme of Susan B. Anthony’s image and mis-quoted text, used by Feminists for Life to portray her as “anti-choice”. The quote however, deals with child custody in estate law rather than abortion.