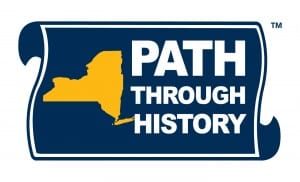 Even though few states have had as much impact on history or are home to as many authentic historic attractions, New York State has not always come to mind for history lovers as quickly as places like Boston, Philadelphia, and Virginia.   In an effort to help change this perception, Governor Cuomo created the Path Through History [PTH] initiative to draw attention to New York’s unparalleled history and grow heritage tourism throughout the state, and through it promote economic development and create jobs. As we conclude the busy summer travel season, it’s worth noting how far we have come in promoting heritage tourism in New York as well as the future opportunities that exist to expand the effort. 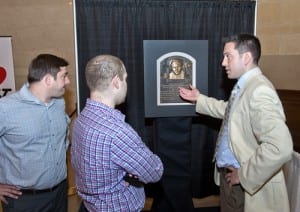 It is encouraging that, in just two years, we’ve seen the Path Through History initiative take shape and help raise the profile of New York’s unique history, welcoming more heritage tourists to visit the destinations that connect people with our past.

PTH is not meant to be purely a standalone initiative; it has been fully supported and integrated into the state’s I LOVE NY tourism campaign, underscoring the significance of heritage tourism to New York State’s overall tourism effort.   This multi-pronged approach has PTH attractions featured in television commercials, print ads, social media, special event promotion and transit advertising in places like New York City subways, buses and transportation hubs that reach tens of millions of people.

There are also specific PTH-branded program elements, including: PTH road signs that point visitors to historic destinations; an interactive website that engages vacationers planning their next getaway; PTH promotional and collateral material; PTH advertising and public relations campaigns; special events that shine the spotlight on heritage tourism, like the Path Through History Weekends kick-off event in New York City’s Grand Central Terminal this past May; training for tourism professionals and PTH site staff and volunteers on heritage tourism and marketing; and regional Path Through History workgroups that have laid the foundation for community engagement and collaborative partnerships that will ensure the state’s historical assets are effectively marketed to residents and visitors alike.

Launched in March 2012 as a component of the Regional Economic Development Councils, the Path Through History Workgroups, comprised of historians, tourism experts and museum professionals, have been hard at work developing regional heritage tourism plans to highlight New York State’s history and cultural significance. At the 2012 Path Through History Conference, Governor Cuomo announced a commitment of $1 million to be distributed equally among the ten regions to support these plans and implement catalyst projects developed by the PTH workgroups to bolster visitation to New York’s wealth of historic sites. The projects range from the creation of an interactive mobile scavenger hunt app in the Finger Lakes, to the airing of a PBS special in Central New York, to training workshops for cultural and heritage sites in the Hudson Valley, to the launch of several new websites highlighting PTH attractions across the state.

Funding to build on these projects is available through a variety of sources, including the state’s Consolidated Funding Application (CFA). CFA funding is also available for tourism related bricks-and-mortar projects that can help sustain our museums, historic sites and other cultural institutions, from expansion to repair and restoration projects, like Thomas Cole’s New Studio project in the Catskills, which recently celebrated a milestone with a groundbreaking ceremony in July .

Path Through History Promotion and Marketing

As a result of PTH efforts, many historic sites are receiving new attention in the media. Last year, Path Through History attractions were spotlighted in hundreds of articles in local and national papers, as well as a dozen TV segments reaching more than a 100,000 viewers. I LOVE NY coordinated press trips to various regions of the state like the Adirondacks, Central New York and Finger Lakes to familiarize media and travel writers with New York history and sites like the North Creek Depot Museum, Hyde Collection, Erie Canal, Native American sites, Baseball Hall of Fame, Susan B. Anthony Museum & House and Seward House Museum. PTH attractions are also highlighted on I Love NY social media channels, reaching more than 1.2 million people on Facebook and over 225,000 on Twitter. 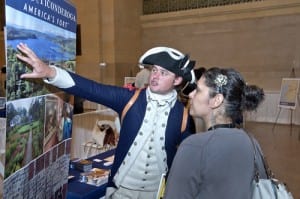 I LOVE NY invested in PTH advertising in major print and online publications like the New York Times and Smithsonian.com. PTH sites from across the state were included in I Love NY television commercials and the “Get Outta Town” subway, bus and airport advertising campaign in New York City. The NY By Rail magazine that for months was in the seat pocket in front of every Amtrak passenger in the state included a 32-page Path Through History advertorial featuring New York’s historical sites. In addition, PTH cards, posters, brochures, banners and other promotional materials can be found at various tourism destinations across the state, including rest areas along the Thruway corridor.

In the hope of creating a multiplier effect, the New York State Division of Tourism / I LOVE NY hosted a day-long training on heritage tourism and marketing for both local tourism professionals, and staff and volunteers of historic attractions. Experts from the National Historic Trust shared case studies and best practices from regions and sites across the nation.

One of the most important results of the Path Through History conference was the development of the PTH website, available at iloveny.com/paththroughhistory.   The website features over 500 Path Through History attractions—historically and culturally significant sites and locations identified throughout the Empire State based on recommendations from the PTH Workgroups. Never before have this many of New York’s historic attractions been collected and organized in one place, and so prominently featured. The website is continually evolving as new sites are being considered for inclusion and added to the website.

Perhaps the most visible component of the PTH program, the rebranded PTH road signs are raising the profile of heritage attractions throughout the state and making it easier for the traveling public to find them. More than 3,200 new uniform PTH road signs have already been, or are in the process of being, installed on major highways, roads and subway stops. Equally important, hundreds of heritage destinations across the state that never participated in a signage program before now have signs of their own at no charge.

In another effort to raise the profile of historic destinations, New York State has hosted PTH Weekends, utilizing live events to celebrate New York’s history and highlight the tremendous efforts of the people and organizations committed to its preservation and promotion. In the summer of 2013, more than 200 local partner organizations dedicated two weekends in June to host 271 events throughout the state that were promoted and publicized through the I Love NY campaign. The events were organized by more than 2,800 volunteers who contributed over 56,000 hours in planning and presenting those events.

This year, the PTH weekends were even more popular, with 370 events taking place at venues throughout the state. The weekends were promoted with a kick-off event at Grand Central Terminal as part of Metro-North’s Staycation Showcase Getaway Day, where historical re-enactors, performances, artifacts and displays showcased PTH Weekends to the thousands of commuters and tourists who pass through the station. The weekends were further supported through prominent visibility on iloveny.com, press releases, I LOVE NY’s monthly e-newsletter, and I LOVE NY social media seen by hundreds of thousands of people.

Path Through History was created to draw attention to New York’s history and grow the number of people visiting our state’s historic attractions. It is arguably the most expansive heritage tourism marketing program ever undertaken by New York State. 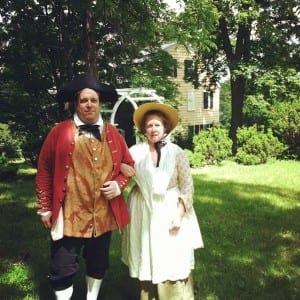 The program also presents an opportunity, not only to engage new people with history, but for those involved with history and heritage tourism to engage with each other. The people and organizations that bring history to life— whether at an historic site, at a museum or in a tourism office, who are wrestling with tight budgets and limited staff— have the passion and unwavering commitment to share the stories that have shaped our state, nation and world. These are the people who make the difference. Building and maintaining partnerships and collaborations, finding common ground, developing creative ideas, and working toward shared goals at the local and regional level will do more to grow heritage tourism than state-level promotion alone. That is the hard work that we all share.

If New York’s history tells us anything, it is that New Yorkers are always in the vanguard as leaders and innovators. Working together, we can harness this same persistence and creativity to promote New York’s rich past and, in doing so, transform our future.

Mark Castiglione is the Acting Executive Director for the Hudson River Valley Greenway and Hudson River Valley National Heritage Area, and has been a key point person in the Path Through History initiative.   Mark is a certified planner by the American Institute of Certified Planners (AICP) and serves as the Vice President of the New York Upstate Chapter of the American Planning Association, representing nearly 700 professional urban planners, students and planning board officials throughout Upstate New York. He holds a Bachelor of Arts in U.S. History and master’s degree in regional planning from the University at Albany.

Ross D. Levi is Vice President, Marketing Initiatives for Empire State Development / NYS Division of Tourism where since 2012 he has helped coordinate the state’s tourism efforts, with a particular emphasis on specialized marketing events and campaigns, including niche tourism.  Previously, Ross was Executive Director at New York’s statewide LGBT advocacy organization and a marketing professional in the film industry for companies including Twentieth Century Fox, Universal and Miramax.  He holds a Juris Doctor from Brooklyn Law School, and a Bachelor of Science in Communications from Boston University.