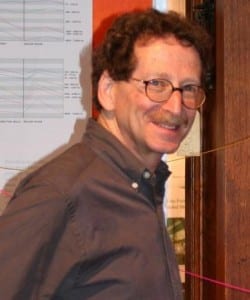 Dolkart is widely acknowledged as an authority on New York City’s historic architecture. Active in the preservation field for more than three decades, he is an advocate, educator, tour guide, consultant, author of more than a dozen books and publications on New York City, and contributor to countless Landmarks Preservation Commission designation reports. Through his many decades of service, he has introduced thousands of New Yorkers to their historic built environment, and his work has aided to the efforts to preserve and protect the historic character of New York City.

The award ceremony and benefit dinner will take place on Wednesday, November 19, 2014, at 6:00pm, at the India House, One Hanover Square, in lower Manhattan. The Landmarks Lion Award is HDC’s major fundraising event and provides support for the broad range of educational and outreach programs at HDC, which includes more than 500 neighborhood organizations. Since its founding in 1971, HDC has been dedicated to preserving the integrity of New York City’s Landmarks Law and to furthering the preservation ethic.

In addition to being crucial to countless preservation campaigns, Dolkart’s scholarship has become an important resource for the understanding of New York’s development and history.  He was appointed the James Marston Fitch Associate Professor of History Preservation at Columbia University in 2003, in 2008 was named Director of the Historic Preservation Program at the GSAPP, and in 2014 became a full professor.