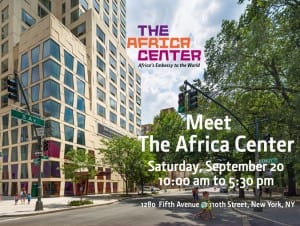 The Africa Center, Africa’s Embassy to the World, will open its doors to the public for the first time on Saturday, September 20th, with an all-day “Meet The Africa Center” festival from 10:00 am until 6:00 pm. A private concert performance will follow from 8:00 pm until midnight.

Clinton will succeed Ian Bruce Eichner, Founder and Chairman of The Continuum Company, as Co-Chair of The Africa Center. Previously Chair of the Board of Trustees, during Mr. Eichner’s tenure The Museum for African Art was transformed and expanded to become The Africa Center.

The public is invited to the one-day extravaganza on September 20th, which will introduce the New York community to its new neighbor at The Africa Center’s home at 1280 Fifth Avenue. The “Meet The Africa Center” festival will be a celebration of African culture, featuring an art installation by Nigerian artist Emeka Ogboh; performances by the Dance Theater of Harlem; musical presentations by OkayAfrica; a West African Photo Booth; healthy living presentations and African-Influenced tastings by Alexander Smalls and The Cecil; and screenings of ONE’s inspirational film, The Power of Protest Music.

Attendees will also have the opportunity to learn about and sample African cuisine, partake in educational craft workshops, listen to African musicians and storytellers, and much more, all while listening to the sounds of traditional and contemporary African music.

The evening concert at The Africa Center, is a special edition of the Festival-in-Exile, a solidarity event hosted in conjunction with the The Timbuktu Renaissance initiative. The evening will feature many of the finest Malian musicians and special guest stars, in a unifying performance, including Amanar, Amkoullel, Rocky Dawuni, Salif Keïta; Samba Touré and Vieux Farka Touré; with remarks by H.E. N’Diaye Ramatoulaye Diallo, Minister of Culture of Mali. All the way from the ancient cross-roads of Timbuktu, the concert is a musical exploration highlighting the profound connections between West African and American Blues.

Our Vision: To be Africa’s Embassy to the World. Our Mission: To be the premier international destination for dialogue on critical issues of the day facing the development, understanding, and advancement of the African continent, its citizens, and its culture. 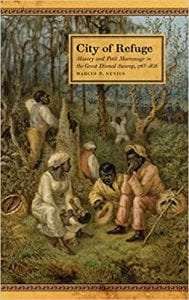