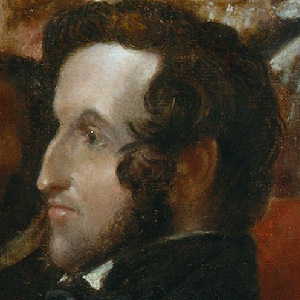 The great genius behind the First Women’s Right Convention was Elizabeth Cady Stanton, and it marked her entrance into the women’s rights movement.  What did her spouse think of all this?  Was he supportive?  Was he also a women’s rights activist?

On Saturday, June 28th, the National Park Service at Women’s Rights National Historical Park will offer a special program entitled “Henry B. Stanton: The Great Man behind the Great Woman” presented by Linda C. Frank, Ph. D.  The program will begin at 1:30 pm in the Wesleyan Chapel at 136 Fall Street, Seneca Falls.  The program is offered free of charge and the public is invited to attend.

The program explores the life of Henry B. Stanton, an abolitionist and reformer in his own right for more than a decade before his marriage to Elizabeth Cady in 1840. In the early years of his reform career, Henry Stanton faced over 200 violent pro-slavery mobs, aided freedom seeking slaves, organized local and regional antislavery societies, and raised thousands of dollars for the abolitionist cause. Henry Stanton’s reform career continued throughout the couple’s 47-year marriage, and this program highlights his role as a reformer, husband, and father.

“The park is very excited to offer this view into the life of a reformer that we don’t often get the chance to dwell upon, “said Kim Szewczyk, Chief of Interpretation and Education. “The Stantons had a more modern marriage than any of their contemporaries and Linda Frank will provide an interesting perspective on this reform and private partnership. Everyone is invited to join the program and bring your questions, “added Szewczyk.

Linda C. Frank received her Ph. D from UCLA and has spent more than a decade researching the Stantons’ marriage. Frank is the Cayuga County Historian and teaches college level courses in United States history.

For more information, please visit their website at www.nps.gov/wori or call (315) 568-0024. All sites within Women’s Rights National Historical Park are free and open to the public. Follow the park’s social media sites for Facebook (http://www.facebook.com/womensrightsnps) and Twitter (http://twitter.com/#!/WomensRightsNPS) to learn more about their upcoming programs.