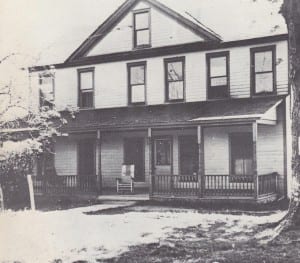 Notwithstanding the fact that there are still two viable casino projects in the works for Sullivan County, perhaps it is a good time for a history lesson for all of those who are beginning to feel a bit desperate about the area’s future prospects. And since the Foxwoods proposal that will not be submitted to the State Gaming Commission involved the Grossinger’s property, once home to what was arguably the most famous resort in the world, perhaps it is appropriate that the history lesson begins there.

Of course, many alive today remember Grossinger’s in its heyday, when it was the undisputed heavyweight among the 538 hotels, 1,000 rooming houses and 50,000 bungalows that dotted the Sullivan County landscape and everyone outside of Kiamesha Lake acknowledged that it was the most prominent of the Catskills resorts.

Indeed, the now defunct Foxwoods plan for “ a spectacular gaming space matched only by the spectacular views outside; a 350-room hotel; a destination resort with outdoor activities designed to capitalize on the natural beauty of the Catskills: hiking, fishing, swimming, kayaking, canoeing, tennis, soccer, basketball, baseball, an equestrian center, golf and campground,” certainly evoked memories of the hotel’s glory days when it was a sprawling complex of 35 buildings on 1200 acres that served 150,000 guests a year in 600 guest rooms, with an Olympic-sized pool, a golf course, tennis courts, a riding academy, an airport, a ski slope, toboggan run, and its own post office.

But Grossinger’s didn’t start out that way. And Sullivan County’s vaunted, internationally renowned resort industry did not spring to life fully armed. Both evolved over time, and 1914 was a key year in that evolution. In fact, it was one of the most significant years in Sullivan County’s history. For one thing, that year marked the beginning of a slow decline for the Ontario & Western Railway, which had brought a steady stream of vacationers to the Sullivan County resorts. The peak year for passenger travel on the O&W was 1913, and thereafter it lost business at a fairly steady rate.

The Hotel Wawonda in Liberty, the undisputed grand dame of the county’s Silver Age resorts, burned to the ground in June of 1914, effectively signaling the end of what had been roughly 25 years of burgeoning tourism in the county, while a short distance away in Ferndale, the Grossinger boardinghouse entertained nine guests in their first summer and grossed a total of 81 dollars.

When Selig and Malke Grossinger brought the family to the run down Longbrook Farm they had purchased for $750 (that’s a little less than $18 thousand in today’s dollars), they had no intention of running a boardinghouse, let alone a famous hotel. They had purchased a farm, and Selig, who had been a farmer in Europe before coming to America, expected to make a living from the soil. Nonetheless, the decision to add to their meager income by taking in boarders proved to be a wise one, even if it came at a time when Sullivan County’s tourism industry was about to collapse.

Despite the hard times, as all around them the leftover hotels of the Silver Age closed, burned or changed hands, the Grossinger family persevered, and with an old world work ethic and thrift, a passion for cleanliness, and Malke Grossinger’s knack for cooking hearty, tasty meals, the business began to show promise.

By 1918, the family had outgrown not just the original seven-room farmhouse, but a six-room addition and the neighboring parcel, purchased in 1916, as well. In February of 1919, they purchased the much larger Terrace Hill House from the Nichols estate and the Grossinger legend had begun.

It took 25 years of transition, during which time the automobile replaced the railroad as the primary means of reaching the mountains, the majority of the Sullivan County resorts became owned and operated by Jewish families for Jewish families, and the American population shifted dramatically to the cities from the country, but by 1940 Sullivan County had entered an even more prosperous era that historians today call the Golden Age.

By 1955 the hotel industry in Sullivan County was spending an average of $4.1 million in new construction every year and the 750,000 hotel guests in the county were dropping upwards of $55 million here in a single summer. That era, too would come to an end, and the vanishing of the big hotels, as painful and as tragic as it once seemed, simply represented another transition in the evolution of tourism in Sullivan County.

It is easy to delude ourselves about economic development, but the truth is that it is hard work and is typically the result of many little victories, many tiny steps forward. Everywhere, it is a constant struggle with old and persistent problems and with new and changing ones. It does not typically come in one fell swoop.

The tourism industry especially is one of cycles, one of transitions, one of trends. Sullivan County did not wake up one morning to find 538 hotels entertaining visitors. That didn’t just happen; there was no knight on a white horse riding in to save us, no magic bullet. There was an evolution, and it took a lot of hard work by a lot of people over a lot of years. There were long periods of prosperity, at least twice, and they—or something like them– can be accomplished again, whether Sullivan County gets two casinos or one, or none at all.

Our history should teach us that.

Photo: The Longbrook farmhouse in Ferndale as it looked in 1914. It was the original location of Grossinger’s summer resort and the house still stands to this day.