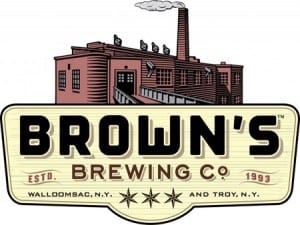 Brown’s Brewing Company in Hoosick Falls and Troy, NY, has brewed a special beer in tribute to the Germans that served at the Battle of Bennington which took place in the Town of Hoosick in 1777 during the American Revolutionary War.

The historic Braunschweigers Mumme Ale is a dark, spicy beer created in the late 1400s in the German province of Braunschweig in what is now Lower Saxony, home of Lieutenant Colonel Friedrich Baum and his elite regiment of mounted infantrymen called Dragoons.

The average American sees the American Revolutionary War as a conflict between America and the British motherland, but approximately half of British General John Burgoyne’s army that departed from Quebec in 1777 were German. The Americans refer to them as ‘Hessians,’ but a majority of the Germans that took part in this campaign were actually from the province of Braunschweig, and their Prince Carl had provided his brother-in-law King George III of Britain their service in putting down the Rebellion. Britain reimbursed Prince Carl for commissions and the troops fought for the glories of victorious battle to which title and honor were attached in feudal Europe. This beer is dedicated in memory to those troops.

“Brown’s “Baum Mumm Ale” is based on its Brown Ale and is brewed with 2-Row Brewers, Caramel and Chocolate Malts, Willamette Hops and a host of herbs and spices including bog myrtle, cardamon, thyme, spearmint, marjoram and clove,” said Brown’s Vice-President Gregg Stacy. Brown’s Baum Mumm has a 5% alcohol by volume and 17 IBU’s. It will also be available on draught for a limited time at Brown’s Malt Room in Troy, New York.”

Baunschweigers Mumme was first produced in Braunschweig, Germany the same year that Columbus “discovered” America. The heavy brown beer was so strong the Germans said “maenner davon umfeilen,” which means, “men would fall over after drinking it.” Due to the high alcohol and sugar content it stayed fresh for weeks, making it was perfect for long sea voyages and a great export success in the 1600s and 1700s.  Brown’s recipe is derived from an English recipe written in The Reciept Book of John Nott that dates to the 1600s, but their Master Brewer has modernized the recipe for their standard brewing equipment.

Brown’s is offering its take on this historic ale as part of Washington County Historical Society’s Road to the Battle of Bennington Inaugural celebration on June 7 at Bennington Battlefield State Historic Site in Hoosick, New York, from 2-4PM.  The event begins with an inaugural celebration being held at the Canal Corp Parking Area near Champlain Canal Lock 6 on the eastside of US Route 4 in the Town of Fort Edward at 11AM followed by a bus tour to Bennington Battlefield State Historic Site. Pre-registration is required for the bus tour, and the $25 fee covers lunch.

At the Battlefield there will be lunch, a presentation by Battle of Bennington: Soldiers and Civilians author Michael Gabriel and guided tours by costumed interpreters. Organizers are requesting a $10 pre-registration for lunch, but it is not required. To register contact Kay Tomasi at jtomasi1@nycap.rr.com or 518-854-7274.