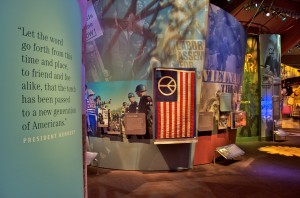 Architect Robert Dadras is quick to admit that when he helped conceive the idea of an Architectural-Historical Bus Tour back in 1996, he wasn’t at all sure it would catch on.

“There were comments like, where will you ever find architecture in Sullivan County?” he recalls.

The fact that cities from Miami, Florida and Greensboro, North Carolina to Chicago, Illinois and Toronto, Canada had successfully used similarly constructed tours to boost tourism and economic development did not make it any easier to sell the idea locally, Dadras concedes, at the same time relishing the fact that this year’s tour will be his nineteenth.

“The tours have undergone some changes over the years,” he admits, “and yet the basic premise is the same.  We have a much greater emphasis on history now than we did on the first couple of tours, and we did the past four tours without a bus to keep the price down, but I think that each one of the tours have been unique and outstanding in their own way.

“This year, we’re back on a bus, and the tour will be the longest ever.  We are doing just one tour—as opposed to the morning and afternoon tours we used to do—but it will be a full day for the same price and include more value than ever before.”

The year’s tour, scheduled for Saturday, June 7 to coincide with Governor Cuomo’s first New York State Path Through History Weekend of 2014, is being organized by The Delaware Company in collaboration with the Liberty Museum & Arts Center, of which Dadras is president, and The Museum at Bethel Woods.  The tour will include a bus once again, and it will leave from and return to The Museum at Bethel Woods.

As an homage to Bethel Woods’ participation, this year’s trip has been dubbed “The Magical History Tour.”

“Debra Conway from The Delaware Company and Fort Delaware came up with the idea of The Magical History Tour as a takeoff on the Beatles song,” Dadras points out, “and it is especially appropriate given that The Museum at Bethel Woods will be our final stop and they are currently featuring a fascinating Beatles exhibit.”

The theme of this year’s trip is Revolution to Revolution as it will cover the region’s unique history from the colonial era and the American Revolution as manifested by the Minisink Battleground and the Fort Delaware Museum of Colonial History, to the cultural revolution of the 1960s, the story of which is told so beautifully by the Museum at Bethel Woods.

“This year’s itinerary is truly loaded with exciting things to see and learn about,” Dadras says.   “We leave from Bethel Woods and take State Route 55 into Eldred, passing several defunct hamlets along the way, including Forestine, Wellstown, and Sullivantown.  From Eldred we head to Glen Spey– Sullivan County’s Newport– where we will discuss the wonderful mansions of the Mackenzie family, which are always popular.”

From there the tour heads to Pond Eddy and its historic bridge, and then north, up Route 97, during which time the bluestone industry, the Erie Railroad and the D&H Canal and their respective impacts on local and regional history and the economy will be discussed.  The tour will pass through Barryville, which was once considered as a possible location for the Sullivan County Seat, and stop at the Minisink Battleground.  After a brief narrated tour of the scene of the only Revolutionary War battle in the Upper Delaware, the tour resumes with a stop at the Delaware Aqueduct, also known as the Roebling Bridge, where there will be a National Park Service interpreter available to answer questions about the oldest wire rope suspension structure in North America.

From there, it is on to Narrowsburg, where lunch will be provided, followed by a tour of the Fort Delaware Museum of Colonial History, where interpreters in period clothing help tell the story of the first permanent European settlement in the Upper Delaware.  Following a tour of the Fort, the bus continues up Route 97 to Heirsville and then takes the old Newburgh-Cochecton Turnpike back to Bethel for a tour of the Museum at Bethel Woods.  The $45.00 fee covers the bus, lunch, and admission charges to both museums.

“It is really quite a bargain,” Dadras points out.

The Magical History Tour: Revolution to Revolution is scheduled for Saturday, June 7.  The bus will begin boarding at 8:30 AM and will leave from the parking lot at the Museum at Bethel Woods at precisely 9 AM.  Lunch is scheduled for 12 Noon, with the bus returning to Bethel Woods at 3 PM, at which time participants will have as long as they like to tour the Museum, which is open until 7 PM.  Seating is limited, and pre-registration is required.  Reservations can be made by calling John and Debra Conway at 845-557-0851, or by e-mailing jconway52@hotmail.com.  In the event there is a substantial overflow, there have been discussions about the possibility of repeating the trip the following Saturday, although that isn’t a certainty.

It promises to be fun ride.

Photo of an exhibit at the Museum at Bethel Woods provided by the Museum.