The Grassroots Awards honor and celebrate the activists and groups who work to preserve New York City’s historic neighborhoods. “These advocates are the foundation of the preservation movement and their efforts benefit everyone who lives, works or visits New York City,” said Simeon Bankoff, executive director of HDC. “It’s an honor and pleasure to be able to shine the spotlight on these neighborhood leaders.”  The winners include: 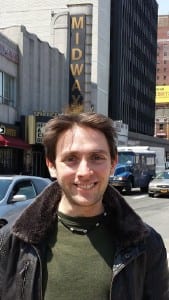 A native Forest Hills resident, Michael Perlman is the Chairman of the Rego-Forest Preservation Council. The Council was founded in 2006 in response to that year’s 100th anniversary of Forest Hills and the parcel which would become known as Rego Park in 1923. It works to preserve and commemorate the architectural and cultural history of Forest Hills and Rego Park, as well surrounding areas of Queens through advocacy and property owner assistance. In 2010, Mr. Perlman launched a public campaign to preserve and creatively reuse the iconic Forest Hills Tennis Stadium which was under threat of demolition. As a result of these efforts, the stadium has undergone some restoration work and has been reborn as a concert venue. He is involved in the continuing preservation efforts of a number of civic, religious and popular neighborhood institutions in Queens and earned the nickname “Diner-Man” after his efforts to save and relocate a number of historic freestanding diners. 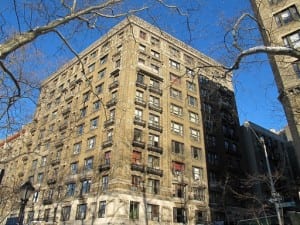 The 730 Riverside Drive Tenants Association, established more than 50 years ago, advocates for the safety, preservation and quality of life for residents of their beautiful West Harlem apartment complex. Built in 1912 by the architects George and Edward Blum, the Beaumont Apartments are an iconic example of the Beaux Arts Style and the residence of many famous Harlem citizens including singer Marian Anderson and author Ralph Ellison. Following many years of mismanagement and neglect of both tenants and the property, the Association took action to maintain and prevent further deterioration to the building. Garnering the support of the residents, local politicians and historians as well as Community Board 9, the Association, under the leadership of Jenna Lucente and John-Martin Green, successfully campaigned for the building’s protection as an individual New York City landmark. 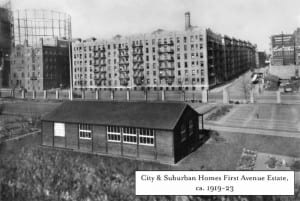 First Avenue Estate Coalition is a group of advocates who have worked passionately against the application to demolish two landmark model tenement buildings. Originally designated with the rest of the City and Suburban Homes Company First Avenue Estate in 1990, the two buildings along York Avenue were later removed from the landmark site. In 2006, the Landmarks Preservation Commission re-designated these properties in spite of intentional defacement by the owner. A multi-year legal fight ensued but the designation was eventually upheld, at which point the owners filed to demolish the buildings citing economic hardship. The coalition includes Friends of First Avenue Estate and Concerned Citizens of E64th and E65thSts-First to York Avenues, two tenant groups who have advocated for the preservation of their homes for more than 25 years, and FRIENDS of the Upper East Side Historic Districts, a neighborhood organization dedicated to preserving the architectural legacy, livability and sense of place of the Upper East Side. Also involved in this more recent campaign is Jessica Lappin, local Council Member from 2006-2013, whose unwavering support has been critical. In the face of stalling tactics and the purposeful neglect of both tenant’s rights and needed maintenance to the buildings, the First Avenue Estate Coalition remains dedicated to preserving these early, successful examples of affordable housing, and achieved an important victory in May when the LPC unanimously denied the owner’s hardship application. 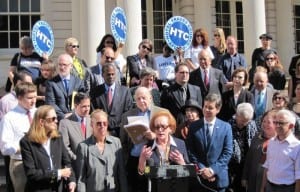 The Multi-Board Task Force, consisting of Manhattan Community Boards 1, 4, 5 and 6, was established in 2012 in order to investigate and evaluate the East Midtown Rezoning proposal put forth by the Bloomberg Administration. These civic leaders and volunteers prioritized and articulated the needs of the public, advocating for considerations to problems of density, transportation and loss of historical fabric. The preservation of East Midtown’s historically significant buildings was among the key concerns of the Task Force and they collaborated with a number of preservation groups to maintain focus on this concern. Chaired by Lola Finkelstein and with the support of community boards across the borough, the Task Force was able to provide a substantive review of the rezoning proposal and challenged the City to create a more comprehensive vision for a 21st century midtown. In November of 2013, with the decisive backing of Councilmember Daniel Garodnick and other politicians, the Midtown East Rezoning proposal was withdrawn from consideration due to lack of support. The Task Force remains attentive to this important, city-wide issue and will continue its work with the new administration. 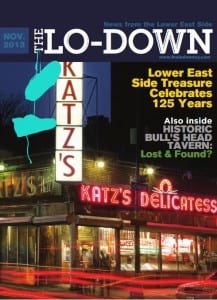 The Lo-Down is a community website and monthly print magazine that is the local resource for current events, culture, real estate and entertainment for the Lower East Side of Manhattan. Founded as a blog in 2009 by Ed Litvak and Traven Rice, a TV news producer and filmmaker, in reaction to the lack of substantive coverage of their vibrant neighborhood, the Lo-Down has grown to be major community forum. Ed Litvak is a frequent presence at the Landmarks Commission, Community Board 3 and events sponsored by community preservation groups. The Lo-Down continuously produces comprehensive articles, updates and photos concerning the preservation of historic buildings and historic districts. They present balanced stories based on interviews with local preservationists, concerned individuals and grassroots groups and — at the same time — with property owners, religious leaders and elected officials. Through this policy of inclusive reporting and active community engagement, the Lo-Down has significantly increased awareness of the importance of preservation to the rapidly-changing LES community. 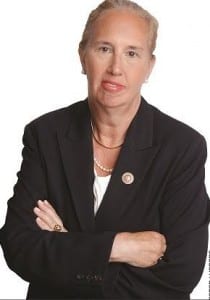 Gale Brewer was elected the 27th Manhattan Borough President in 2013. Ms. Brewer previously served on the City Council for 12 years, representing the 6th Council District which includes most of the Upper West Side and northern Clinton, and encompasses 10 designated historic districts. During her many years of dedicated public service, she has been an enthusiastic and strong supporter of preservation efforts in Manhattan (and beyond.) Her support of the West End Avenue historic district (which consists of three historic district extensions) and individual landmarks such as the West-Park Presbyterian Church was vital to their successful designation. More recently, spurred by the loss of historic buildings and businesses on West 57th Street, Ms. Brewer has emerged as a leader in the campaign to reform and strengthen the Landmark Preservation Commission’s designation process.

The Historic Districts Council is New York’s only citywide grassroots advocate for historic buildings and neighborhoods. Since 1971 HDC has been committed to preserving New York’s rich architectural and historical heritage, working with communities to landmark and protect significant neighborhoods and buildings, as well as helping already designated historic communities to understand and uphold the Landmarks Law. HDC engages in community building and development, offers educational programs and delivers technical resources, strategic assistance and direct advocacy support to aid local groups in their individual preservation campaigns.