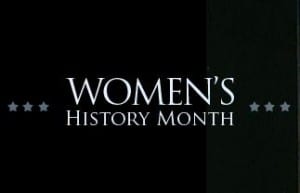 At the end of February we asked for contributions of essays highlighting the role of women in New York State History in celebration of Women’s History Month. The response was excellent and The New York History Blog published 14 pieces, many from writers who have never contributed here before. Several of those related to the Adirondacks and were also published in the online journal Adirondack Almanack.

Over the course of the month thousands of people were introduced to the stories of New York women, but we shouldn’t stop here. I’m hoping readers will see this as an opportunity to bring forth their own stories about the role of women in the history of New York. Whatever aspect of history you are interested in, women played a role. Take the time to let us know about that history by contributing, not just in March, but throughout the year. Here’s how.

I’ve provided links to the stories and editorial commentary below:

Barbara J. Niss, Director of Archives & Records Management at the Icahn School of Medicine at Mount Sinai was a first time contributor to The New York History Blog. She wrote about noted microbiologist Charlotte Friend, who made inroads in cancer research and for women in science.

One final contribution about Adirondack women came from noted Adirondack historian (and first time contributor here) Glenn Pearsall. He wrote about reporter and poet Jeanne Robert Foster and also Mary Perkins of Indian Lake, who was ostracized as the wife of lumber baron Jones Ordway.

Thanks to everyone who contributed essays, those who sent encouragement, and our regular readers and financial contributors who made it possible!