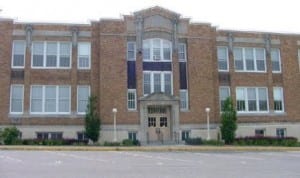 The high school local history conference is something I recommend every county should do. For the past two years, Rockland County has held such a conference. I attended both conferences and spoke briefly at the first one. This post is dedicated to some of the lessons I learned from the conference.

First, the Historical Society of Rockland County and the County Historian are to be congratulated for organizing the conference and for the people who did attend. The list includes the County Executive, the County Clerk, the County District Attorney, the County Legislative Chair, along with various town supervisors and municipal historians. One never knows where one will find history. For example the District Attorney, who in this case followed in his father’s footsteps, may have tales to tell about prosecutions which became part of the fabric of county history. Certainly the presence of these officials delivered a powerful message in support of local history.

Second, the plenary address related directly to a key event in county history. In this case, Travis Jackson, a retired high school teacher, was one of the students who helped desegregate an elementary school in the 1940s. His entrance into the local school in the 4th grade was a case in which Thurgood Marshall participated on his path to becoming a supreme court judge. Interestingly, Jackson’s father had attended an integrated school because back then the district couldn’t afford segregated schools. His first-person story of this change in Rockland County serves as a reminder that there are stories to tell in the schools themselves. These stories may range from students who attended them to how the school got its name. In any given county, there are bound to be plenty of stories to tell as part of the legacy to be handed down to younger generations.

Third, time was set aside for the students to meet with their town officials including the town and village historians who were present. At this conference four of the five towns in the county were represented and some but not all of the villages. This is a valuable part of the conference but some work needs to be done on how to organize to maximize the effectiveness and value of the time. It is not enough just to have people sit around a table with the town supervisor leading the discussion or perhaps dominating it. Here is where some upfront planning is needed to better make use of this portion of the program with suggestions on the type of topics to be discussed.

Fourth, each of the eight public school districts plus one parochial school was able to present. Careful readers may not that although there are 5 towns there are 8 school systems. Public school districts and political districts do not coincide in many areas. One important consideration is scheduling. With 9 presentations plus the plenary, the meeting with the municipal officials, and the dignitary talks, the limit of what can be accomplished in a single day was reached. Counties with additional school districts may require concurrent sessions. This will detract from the conference may be logistically unavoidable.

Fifth, the proceedings were taped by the high school students.

The Spring Valley presentation on Civil War veterans was an excellent and fortuitously scheduled followup to the keynote address by Jackson. The students contrasted the stories of two local soldiers, one black, one white, right up to the segregated cemeteries in which they were buried. The student who sang a moving version of the Battle Hymn of the Republic last year sang Amazing Grace to movingly conclude this year’s presentation. Since she is a senior, this will be her last year performing.

In the Ramapo presentation, the students who performed as various famous people from the community’s history were not necessarily of the same race as the figure they represented, a lesson in and of itself.

Tappan Zee used the famous signature sound of Law and Order to present various trials in local history. These ranged from Rockland’s days as a mob dumping ground to the Brinks robbery. The father of the current District Attorney who had just spoken, figured prominently in the development of forensic expertise which was brought to bear in these trials.

Suffern intriguingly used modern technology in its presentation: students in the audience were asked to text answers to various questions. Naturally, high school students being high school students some of the answers were deliberately off the wall. But it does show with some foresight and planning how social media can be used to create an interactive experience between the presenters and the audience.

Psycho made an appearance as well with the art of Edward Hopper and the house he painted which has achieved fame in ways he never anticipated.

My notes on the individual presentations tended to die out as the day wore on and I don’t mean to shortchange the presentations by the other schools.

Certain general strengths and weaknesses were readily apparent. As a general rule, the more involved the teacher was in the planning and organizing of the presentation, the better it tended to be. This included a dry-run or rehearsal in the school prior to the conference. In some cases, the first time the students meet collectively appeared to be when they were presenting. It’s as if the weekend before, each student sat down at the computer, pulled up some texts and pictures, arranged them in a PowerPoint only to find out during the presentation at the conference that another student used the same pictures and facts. Unofficially, it seems that one lesson from the conference for some teachers was that they needed to up their game for the conference next year. And it should be noted that the date for third conference has been set.

Students need to be aware that history is part of current events too. On April 20. The month after the student conference, Susan Filgueras, president of the Stony Point Historical Society, wrote a huge Community View column in the local paper entitled “Canadian Power Line Plan Ignores Industry, History.” The line is designed to cross cemeteries from the American Revolution and the War of 1812. This charge has been denied by Donald Jessome, the CEO , Transmission Developers, who in a followup column wrote that there were public meetings including with the residents of Stony Point who made suggestions which were accepted about the location of the power line. So one point of consideration for the topics for next year is to determine current issues which have an historical element.

Students also should recognize that local history can extend beyond the borders of the county. For example, the Historical Society of Rockland County speaker on May 1 will be Jim Kralik, a founding member of the Rockland County Civil War Round Table and a licensed battlefield guide at Gettysburg. One of Sheriff Kralik’s most important projects with the Civil War Round Table was to secure $250,000 in New York State grant funds to clean and restore 111 New York monuments located in Gettysburg. There are 111 monuments and markers to New York at Gettysburg, the most for any state except Pennsylvania. We often comment on New York being the largest provider of troops to the Union cause but less often talk about what those troops did once they left New York.

All in all, congratulations on a job well done. I look forward to the third high school local history conference next year and encourage other counties to hold similar programs.