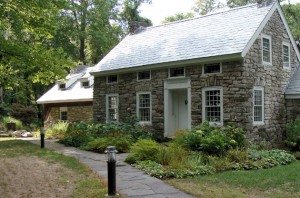 But by 1926, John Apperson, the General Electric engineer who dedicated much of his life to the protection of Lake George, had become concerned about the future of the east side.

That year, he wrote to Franklin Roosevelt, whom he knew as the brother-in-law of Hall Roosevelt, another GE engineer and a fellow-owner of the old Lake View Hotel, which a group from GE had purchased in 1919.

The east side of Lake George was not part of the Adirondack Forest Preserve, and Apperson sought Roosevelt’s advice about how it could be protected.

“Tourists often speak of the narrows as ‘The Masterpiece’ and to protect only half of any masterpiece and leave the other half to the uncertainties of private ownership would seem indefensible,” Apperson wrote to Roosevelt. 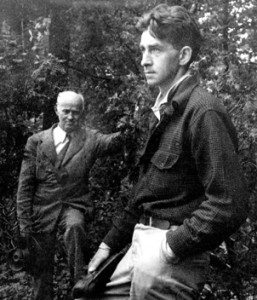 Should he approach Governor Smith, as he had during the Tongue Mountain road controversy?

“While the Lake George problem has bothered the governor at times, it has also made him many admiring friends and followers,” wrote Apperson.

That correspondence may have been the seed of legislation which was eventually signed into law in 1930, when Roosevelt himself was governor, extending the boundaries of the Adirondack Park to include the east side of Lake George. That legislation, in turn, made possible New York State’s acquisition of the Knapp Estate in 1941 and the permanent protection of Lake George’s east shore.

Apperson’s correspondence with Roosevelt, and the complete Apperson-Schaefer collection at Union’s Kelly Adirondack Center, will soon be accessible to the public for the first time. According to Union College, the collection will be catalogued and published on an interactive website thanks to a $164,000 Cataloguing Hidden Special Collections and Archives grant from the Council on Library and Information Resources.

The project, “Grass Roots Activism and the American Wilderness: Pioneers in the Twentieth Century Adirondack Park Conservation Movement,” was selected from among 75 applicants for funding by the Council. Cataloguing the archive and creating the website needed to make it available to scholars, students and public is expected to begin in June.

According to Edward Summers, the director of the Kelly Adirondack Center, the Apperson-Schaefer collection, which spans from 1899 to 1996, provides a remarkable window upon the history of the American environmental movement and the tensions that erupted over efforts to conserve the Adirondack Forest Preserve and expand the Adirondack Park. The materials also give a broader understanding of the history of national park and wilderness preservation and the critical role activism played in those efforts, he said. 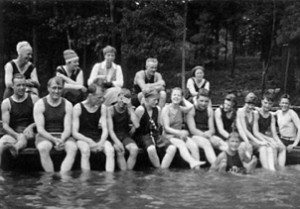 Besides Roosevelt, the collection includes correspondence with national figures such as Robert Marshall, founder of the Wilderness Society; Howard Zahniser, author of the 1964 Wilderness Act, one of the defining moments of modern American environmentalism; Louis Marshall, who drafted the legislation which protected as “forever wild” the state lands in the Adirondacks; and Robert Moses, the state official who wanted to build the highway along Tongue Mountain.

The collection, which comprises 210 cubic feet, also features photographs, maps, pamphlets, meeting minutes, lantern slides and other materials. “This grant is tremendous for the Kelly Adirondack Center and the Adirondack Research Library,” said Summers, “It will provide researchers access to materials from two very important figures who contributed greatly to the environmental movement. When made available, the Apperson-Schaefer papers will be a tremendous asset that will complement the Zahniser papers currently available through the Denver Public Library.”

The collection was created and managed for many years by Paul Schaefer and his grandson. When Schaefer died in 1996, volunteers continued to collect documents, photographs and business records of the Association for the Protection of the Adirondacks. Union College also hopes to partner with the Adirondack Museum, the New York State Archives and other organizations to promote the collection.

“Sorting through the collection and making it widely accessible to the public may help Apperson and Schaefer escape the shadows of other more well-known national conservation advocates,” said Edward Summers.

The Kelly Adirondack Center, which is located in the former home of conservationist Paul Schaefer on several acres three miles from the Union College campus, is named for Lake George residents John and Helen-Jo Kelly.