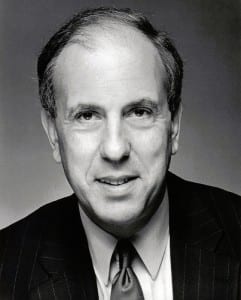 The OAH gives the Friend of History Award to an institution or organization, or an individual working primarily outside college or university settings, for outstanding support of historical research, the public presentation of American history, or the work of the OAH.

According to a press release issued by the OAH:

“Stephen A. Briganti is the president and chief executive officer of the Statue of Liberty–Ellis Island Foundation, one of the most successful examples of a public/private partnership in US history. In that capacity he has been a pioneer in crafting a historic restoration and museum that presents a story of the American past to a broad public audience, while creating a family history center that links individuals to the history of their families and their country on an unprecedented scale.

“Between 1982 and 1990, Mr. Briganti, formerly an executive for United Way, brought to fruition the historic restorations of the Statue of Liberty and Ellis Island and the creation of museums at both sites. The 220,000 square foot Ellis Island museum is the fourth largest museum in New York City. Its library and archive—the home of rich oral histories and manuscripts, many collected from those who passed through the island earlier in their lives—is a key repository for migration scholars. Briganti raised more than $700 million dollars for these endeavors from corporations, civic associations, and individual citizens. However, Briganti’s vision went beyond the museum. Through his leadership, the Foundation opened the American Family Immigration History Center on Ellis Island in 2001. He raised $30 million for the center, which makes the information it collected freely available online. In the first three months of operation, its website www.ellisisland.org received more than one billion hits.

“To supply the historical expertise on the projects, Briganti recruited a history advisory committee of unpaid volunteers—mostly professional historians and museum experts—chaired by the late Rudolf J. Vecoli, director of the Immigration History Research Center at the University of Minnesota, and after 2003, by Alan M. Kraut, professor of history at American University. From the beginning, Briganti’s vision was a public-private collaboration that included the academic community and would yield a museum grounded in state-of-the-art scholarship.

“Most recently, Briganti decided to more fully tell the story of the peopling of the United States by expanding the Ellis Island museum with the Peopling of America Center, which will cover the period prior to 1892 and post-World War II. For this expansion begun in 2005, he raised in excess of $20 million. The Pre-Ellis galleries were opened in October 2011 and after the completion of repairs due to damage caused by Hurricane Sandy, the Post-Ellis galleries will complete the Center in Spring 2015.

“Briganti’s impact on public history has not been confined to Ellis Island and the Statue of Liberty. In addition to his commitment to the history of immigration, Briganti has served as a consultant to such other important history museums as the Holocaust Museum in Washington, DC, the Motown Museum in Detroit, the Civil War Trust, the National Constitution Center in Philadelphia, the Smithsonian’s National Air and Space Museum, and the American Battle Monuments Commission for the development of the World War II Memorial on the Mall in Washington.

“Over the years, Stephen Briganti has been deeply involved in higher education. From 1998–2008, he served as a trustee of his alma mater, Butler University, and chaired the board from 1998–2001. Since 2009 he has been trustee emeritus. In 1991 he was awarded an honorary degree of Juris Doctor from Butler University. In 1990, at the opening of the Ellis Island Museum, Briganti was named Person of the Week by ABC-TV News with Peter Jennings.

“Although his formal education in history concluded with his BA degree in history and political science at Butler University, Stephen Briganti has devoted his career to bringing history to a broader public. His role has been far more than merely raising money to support projects. His insistence upon giving historians their independence and freedom to disagree in the cause of historical discourse is rare among CEOs of powerful foundations. His trust of and consultation with professional historians makes him a friend of history, as does his commitment to bringing the past to the public regardless of how controversial and disputed the lessons may be. Commitment to historical veracity, boundless energy, and generosity of spirit characterize all of Stephen Briganti’s endeavors.”

About the Organization of American Historians

Founded in 1907, the OAH is the largest learned society and professional organization dedicated to the teaching and study of the American past. The OAH promotes excellence in the scholarship, teaching, and presentation of American history, and encourages wide discussion of historical questions and equitable treatment of all practitioners of history. Members in the United States and abroad include college and university professors, students, precollegiate teachers, archivists, museum curators, and other public historians employed in government and the private sector.
For more information about the Friend of History Award, visit the OAH online at http://www.oah.org/programs/awards/friend-of-history/.