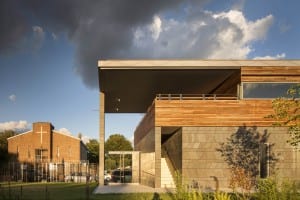 The Historic Districts Council has announced the winners of their inaugural Design Awards. These awards celebrate projects that broaden perceptions of the possibilities of design in historic settings.

The winners of the 2014 Design Awards are Historic Front Street at the South Street Seaport by COOKFOX Architects, McCarren Pool and Bathhouse by Marvel Architects and Weeksville Heritage Center by Caples Jefferson Architects.

For additional information including photos and jury quotes on each project, visit this page.