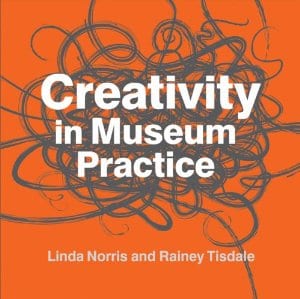 Posts here on The New York History Blog reveal a lot about the creativity and leadership of the individuals who direct the programs that comprise New York’s historical enterprise. Creativity, broadly defined, refers to derivation of new ideas that help organizations do existing work better or take on new things. Leadership is mostly about strengthening programs and guiding them into the future.

Creative leaders, said an IBM study a few years ago, “embrace the dynamic tension between creative disruption and operational efficiency… encourage others to drop outmoded approaches and take balanced risk.” They “embark on transforming tomorrow into what was once never thought possible.”

Many of our programs could benefit from that kind of boost.

There is a good deal of literature in the museum field about management issues but less on creativity and leadership. There is a good deal of writing in the business field about leadership and creativity but it is difficult to apply to museums and historical programs. The history and museum communities here in New York, and indeed across the nation, have long needed something more. Two new books, each co-authored, with three out of the four authors well-known in the New York history and museum field, go far toward filling that gap.

Linda Norris and Rainey Tisdale’s, Creativity in Museum Practice (Left Coast Press, 2014), discusses the wellsprings of creativity and how to build creative cultures in museums and similar cultural institutions. It includes a persuasive chapter on why creativity matters in museum work. It has a good deal of discussion of the theories and practices behind creativity but also numerous practical examples and applications, including inserts on “Your Creative Practice” (stories from colleagues across the field on what has worked and why) and “Try This’ (“concrete no-cost or low-cost activities you can experiment with to jumpstart your creative practice.”) Linda Norris, who lives in Treadwell, NY is an independent museum professional whose work focuses on strengthening museum practices and connecting with audiences. Her blog, “The Uncataloged Museum” is a continuing source of good insights, advice, and occasional caveats. Rainey Tisdale is an independent curator specializing in city history museums who also teaches in the Museum Studies Program at Tufts University. 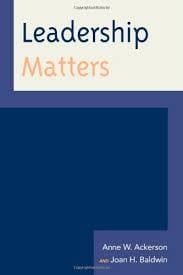 Anne W. Ackerson and Joan H. Baldwin’s book Leadership Matters (Alta Mira Press, 2014) discusses leadership styles and techniques needed for museums and similar organizations. It goes into leadership theory but its most notable feature is the inclusion of the experiences of three dozen leaders whom the authors interviewed for the book. These leaders explain how they became leaders, the challenges they faced, how they addressed them, and how their leadership styles evolved over the years. Their stories are insightful and revealing. The authors identify and describe key leadership strengths, e.g., self-awareness, authenticity, courage, and vision. They also provide practical advice on developing leadership skills. The book demonstrates the importance of leadership but also shows how leadership skills can be developed. Anne Ackerson was for several years director of the Museum Association of New York and is now the Executive Director of the Council of State Archivists. She was the author of one of the chapters in the 2011 special issue of the journal Public Historian on the state of the historical enterprise in New York. Joan Baldwin is a former museum director and is now a curator at the Hotchkiss School in Connecticut. She was for a number of years program assistant at the Museum Association of New York.

Both books have discussions of what professional associations and the museum field as a whole need to be doing in the future. In Creativity in Museum Practice, there is a chapter on “Creative Communities.” In Leadership Matters, there is a leadership agenda for history and cultural heritage museums. Those sections constitute another reason why both of these books are so important to the historical community here in New York.

They provide a further basis for dialog and discussion about developing and applying creativity to effect innovation, and about the leadership we need at both the institutional and statewide levels.