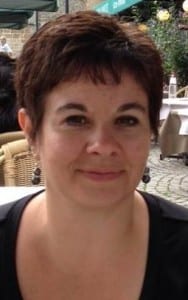 The Trustees of the Iroquois Indian Museum have announced the appointment of Maria Vann of Fly Creek, New York as Director of the Museum. Vann will assume her role as Director on January 1, 2014.

A statement from the museum to the press said: “Her qualifications in the museum field, in academia, and in business make her an excellent choice to lead the Museum forward. She will be concentrating on audience development, fundraising, and promotion of the Museum’s programs and exhibitions.”

The Iroquois Indian Museum building is designed in the shape and spirit of the longhouses that once graced the valleys of upstate New York. Archeology exhibits focus on the ancestors of the Iroquois from 10,000 years ago until European contact. History exhibits highlight the men’s realm of hunting, warfare, chieftainships, and games and the women’s realm of the longhouse, the clans, the crops, and politics.

The Museum represents the world’s most comprehensive collection of modern Iroquois art work. This collection celebrates the ancient unity of the Iroquois still expressed in the creative spirit of today’s artists.

Their 2014 exhibition, entitled “Standing in Two Worlds: Iroquois in 2014”, showcases Iroquois art which explores contemporary issues including, boundaries and borders, environment, hydro-fracking, economy, gaming, the digital/disposable age, sports mascots, the impact of national/international events and decisions, the role of tradition and community, and the state of the Arts.

The Museum’s lower level features a special interactive Children’s area which introduces young visitors to Iroquois traditions through a variety of crafts, games and technologies. A guide posted Nature Park of 45 acres is open year round for walks, snowshoeing, and cross-country skiing.