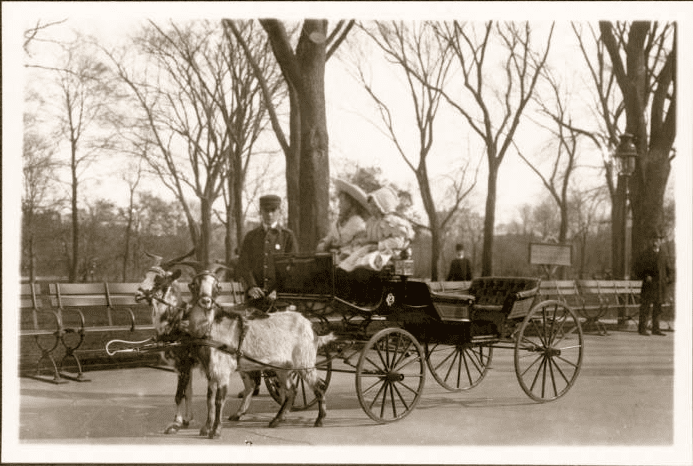 Everyone in New York City is pretty familiar with the sight of Handsome Cabs, the horse-drawn carriages that take visitors on tours of Central Park. But that wasn’t always the horse’s job. Sometimes goats pulled people around!

According to the Parks Department, “In 1869 goat carriage rides were introduced into Central Park to cater to children.” They were a popular sight on the Mall.

Goats may seem a strange sight in New York, but one of New York’s nicknames, Gotham, relates to the animals. Washington Irving was the first to refer to New York as Gotham in 1807’s Salmagundi. English proverbs define a Gotham as “Goat’s Town” in old Anglo-Saxon. However, it’s slightly less flattering than just a quaint town of goats. It also often meant a town of simple-minded fools. Thanks for that, Washington Irving!