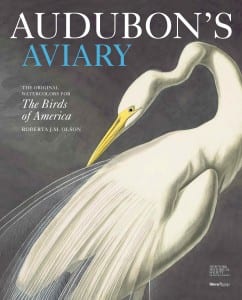 The winner of the 2013 Henry Allen Moe Prize for Catalogs of Distinction in the Arts is Audubon’s Aviary: The Original Watercolors for The Birds of America by Roberta J.M. Olson, the Curator of Drawings at New-York Historical Society.

The Paul S. Kerr History Prize is awarded each year to the best article published in The New York State Historical Association’s quarterly academic journal New York History. The 2013 award was given to, On and Off State Time: William N. Fenton and the Seneca Indians in Crisis, 1954-1968, by Dr. Laurence M. Hauptman.

The Dixon Ryan Fox Manuscript Prize is awarded annually to the author of the best unpublished, book-length monograph dealing with some aspect of the history of New York State. The 2013 prize was awarded to Cindy R. Lobel, Ph.D., Assistant Professor of History at Lehman College, for her manuscript, “The Appetite of the Metropolis”: Food and Culture in Nineteenth-Century New York City. This year NYSHA also acknowledged Roberta Gold from the History and American Studies Department at Fordham College at Rose Hill as a finalist for her manuscript, City of Tenants: Women and Struggle for Citizenship in New York City Housing.