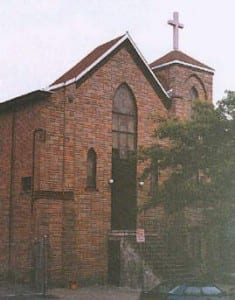 The 2013 Underground Railroad Public History Conference in the Capital District this year is marking three major milestones: the Emancipation Proclamation 150 years ago, the death of Harriet Tubman 100 years ago, and the civil rights March on Washington 50 years ago.

The annual conference is the major Underground Railroad gathering each year in New York State.   It will hold sessions in Albany and Troy, starting Friday, April 12, and finishing on Sunday, April 14.

Among the key presentations are:

“The Importance (or Non-Importance) of the Emancipation Proclamation in 1863 and Today.”   Andor Skotnes, PhD, Professor of History, and Chair of the Department of History and Society, The Sage Colleges, and Fulbright Scholar.

“The Southern Civil Rights Struggle of the 1950s and 1960s and the Legacy of the Underground Railroad.”   Colia Clark, former SNCC member and founder of the North Jackson, Mississippi NAACP Youth Council, 2012 Green Party Candidate for NYS Senate, USA Coordinator for the International Commission of Inquiry on Haiti, and 2011 Inductee into the National Voter Rights Hall of Fame.

Full details and registration information are available at the new website recently published by the Underground Railroad History Project of the Capital Region.