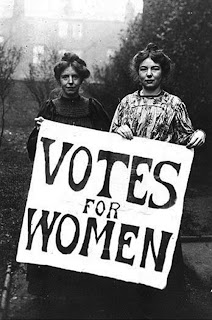 The Omnibus Public Lands Management Act of 2009 signed by President Obama authorized the Women’s Rights National Historical Park (NHP) to administer a Votes for Women History Trail Route that would link properties in the New York State that are historically and thematically associated with the struggle for women’s suffrage in the United States.

Upstate New York is home to some of the most significant locations of the women’s suffrage movement and the trail is expected to recognize some of the courageous women who led the way to equal rights and will also allow visitors to see the historic places where these pioneering actions occurred.

Although Women’s Rights NHP was authorized to develop and administer this vehicular route, until now no funds had been appropriated for this purpose. The National Park Service recently provided funds through the Park Service’s Washington office to begin the process of formally establishing the trail by defining the criteria for participation and a selection process by which trail sites would be selected.

The Women’s Rights NHP will be holding a public meeting to seek public comments and
suggestions on Wednesday, August 22, 2012 in Seneca Falls regarding the Votes for Women History Trail Route. All are invited to attend this meeting and share ideas. More information about the time and location of the August public meeting will be made available as soon as it is available.

To be considered for inclusion in the trail, the National Park Service requires that properties be historically significant and easily accessible to the public. The list of potential sites includes: