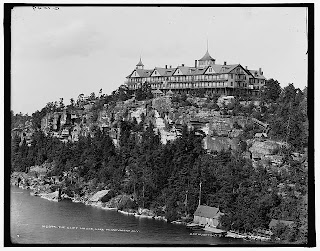 When I was a boy I worked on a farm in Little Neck, Queens in New York City. It was the only working farm left in Queens. The land was originally settled by a Dutch family. Every morning I would awake and bike from one side of Queens to the other. There I would feed ducks, cows, till, gather eggs, and eat my lunch under a huge tree or when it rained in the barn.

One day the farm hosted some Native Americans for an event and I was observing the events from the small corn field. I was startled because I had not realized that someone was standing next to me. It was a presenter. Even 20 plus years later I still remember the wind that picked up through the small pines at the end of the property, and the rustling of the corn. It felt soothing. The man turned to me and said do you hear that? Listen? It is our ancestors, your ancestors, if you listen the wind is the voices of people who have gone before us.

Here I sit in my old farm house on Christmas Eve in a house that witnessed hundreds of years of births and deaths within the same family till a new family, my family, bought it. I feel its trial and tribulations -all the souls that have entered and left this world in the rooms which make up this house. This old farm house sits on a knoll in a small hamlet in rural Ulster County. It is not a hamlet out of a Norman Rockwell painting, but nestled between the Shawangunk and Catskill Mountains, affording it quite a bit of protection from the weather extremes of the Hudson Valley as well as quaintness.

It is a hamlet where people still gather at the firehouse to talk and remember; where the coffee shop is still the center of the latest gossip. Old men sit for hours sipping a cup of coffee talking about the latest news or what is happening in their lives. It is a slice of old Ulster County and a simpler time forgotten. These are some of the same people whose descendants created the history that I will be focusing on in this column. They discuss these ancestors as if the history they made was just yesterday.

Where I write this column today affords me a vantage point where I can see the entire hamlet. The Christmas tree in the center of old Main Street stands where once the D&H Canal made its way from the coal fields of Northeastern Pennsylvania to Kingston, New York. It was from Kingston that the coal was taken by way of the Hudson River to New York City.

Once gone, the canal was replaced by the Delaware and Hudson Railroad which ran along the Rondout Creek and stopped in town where people from the city disembarked at the depot, exchanging their iron horse for a slower horse drawn buggy. It is from near the fire house, I report to today as a firefighter, that the buggy started its journey up the Old Minnewaska road to the twin hotels which once stood on cliffs overlooking Lake Minnewaska. They were built by the same Quaker family, the Smileys, who built Mohonk Mountain House. It is this very week, over three decades ago, that the first of those now famous landmarks burned to the ground in a fire still talked about by locals. If it had been a clear night the flames could have been seen from three states.

History is all around me whether in the colonial penny found in a cornfield while coming back from hunting to the lone stone house standing sentry on a turn in the road to the scars on the land where berry pickers once burned the mountain to ensure a successful crop each year of huckleberries.

Stories on the Wind will encompass both Orange and Ulster County history. However, many of the topics will be less about events and more about the individuals both well-known as well as those who lived their lives in relative anonymity. What I hope to recreate is a part of Ulster and Orange history long since forgotten, overlooked, and in many ways no more.

I still listen to the wind when it blows. Sometimes when the winds come off the Catskill high peaks it wakes me from a sound sleep. I lie in bed listening to those winds swirling, whistling and howling. I remember that man so many years ago standing with me on the edge of a cornfield telling me that the wind is our ancestors voices.

In Memory of Lorraine.