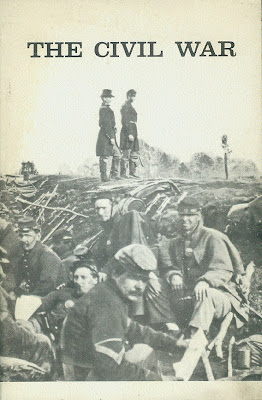 The fact that New York State has no official celebration of the Civil War Sesquicentennial or the War of 1812 Bicentennial is no secret. The question that isn’t being asked is: Why not?

To say that New York doesn’t have the money misses the point. Every state has financial problems but somehow other states are able to do something officially on the state level on behalf of these historic anniversaries. Why not New York? Hasn’t New York always generously supported historical anniversaries in the past? 🙂

The beginning of the answer may be found in a recent return visit to The Museum of the Confederacy in Richmond, Virginia, by New York Times’ museum critic Edward Rothstein. He went there to view the new exhibit “The War Comes Home.” His telling comments shed light on the paucity of NYS commitment without necessarily meaning to… or maybe he did. Rothstein writes of the exhibit:

“Here the war is personal. In the South, it seems, the Civil War is often recollected through relics and ephemera. In the North the approach is different. Would a comparable Museum of the Union even have enough personal artifacts to fill it? In the Northern states, the Civil War traces are more in monuments than in memorabilia. There, the war is not a personal event.”

This observation is worth pursuing. In the teacher programs I have done, I find that the further away from New York City I go, the more likely I am to be in contact with a direct descendant of someone who participated in the American Revolution or the Civil War. It’s like having a Bushnell descendant participate in a high-school project to build a replica of the Turtle that his ancestor had built in the American Revolution. This lack of a personal connection to the historic events in New York history is a direct contributor to the weakness of the historic community in the state to get government money on a comparable scale to other states.

Certainly people with no direct tie to these events can develop one. Dobbs Ferry historian Richard Borkow, a doctor in real life, developed an interest in the American Revolution is his adopted community, has written a book about it, and is having the time of his life meeting with American history scholars and testifying before Congress to have the National Park Service recognize the role of his community [his wife actually did the speaking for him there]. Retired teacher Vin Dacquino of Putnam wrote a book on the story of Sybil Ludington in the American Revolution, has been “adopted” in the Ludington family and will be hosting a family reunion in the summer of 2012. Mario Cuomo has a great love and admiration for Abraham Lincoln even though his family was not here during the Civil War. Andrew Cuomo evinces no such interest. Nor does metropolitan New York.

How many people in metropolitan New York have a family connection to World War II? How many people in metropolitan New York know where they were on 9/11? Here we see a problem in the historical consciousness of the majority of citizens in the state. For Ellis Island New York, it begins in the 20th century with their own personal connection to a war (maybe even World War I: let’s see if that centennial is remembered). For post-1965 immigration reform arrivals it begins with 9/11.

What needs to be done?

In a recent post Bruce Dearstyne listed some action items which need to be done. Bruce and I have discussed these in person and via email; we submitted a joint proposal last year to the New York State History Association conference on this subject which was rejected but we keep trying, now through New York History blog. At this point I would like to note only a few items.

2. May 19-20, 2012 have been designated as NYS Heritage Weekend. I suggest we call it Community Heritage Weekend and ask every town, village, city, and hamlet to create an immersion program into the heritage of their own community including talks, walks, bus tours, food, certificates of community citizenship, passports to be stamped at every site, and whatever else each community can think of to connect the residents to the heritage of the community.

3. The Hudson Valley Ramble in September should be extended statewide. Instead of being a series of one-shot efforts, activities should be coordinated to create (bus-)tour and tourist opportunities for weekend programs. Summer programs also are needed.

4. There are many history-related organizations which have state conferences, sometimes in the same location, sometimes rotated throughout the state. We need to identify them and consider ways to take advantage of them to reach out to teachers, public historians, historical societies, museums, archaeologists, genealogists, scholars in the region where these conferences are being held.

Adam Smith to the contrary, there is no invisible hand that is going to transform Ellis Island and post-1965 immigrants into New York State history lovers. But if we don’t change the k-12 curriculum, if we don’t change the training of teachers, if we don’t change the organization of and communication by the history community, we won’t have this issue to worry about because it will all disappear as if a financial Irene washed it all away except for a few isolated and endowed crown jewels, blips from a 400 hundred and 4,000 year heritage that survived the deluge.

Photo: A booklet distributed by the U. S. Civil War Centennial Commission in the 1960s.