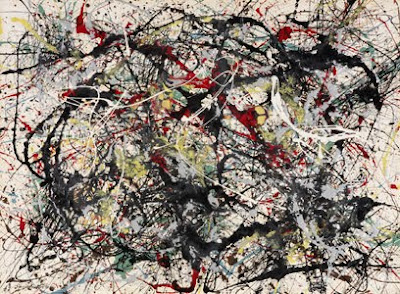 Some of the best of American Modernist art will be featured at the Fenimore Art Museum this summer in Prendergast to Pollock: American Modernism from the Munson-Williams Proctor Arts Institute. This exhibition, which opened last week, showcases 35 key works from every major artist from the first half of the 20th century, including Willem de Kooning, Jackson Pollock, and Mark Rothko.

Organized by subject matter, the exhibition displays the radical transformation of art in the early 20th-century. In an innovative interpretation, three thematic sections—landscapes, figure studies, and still lifes—will reference 19th-century traditions that the artworks were built upon.

Exhibition labels will refer Museum visitors to other galleries in the Museum where they can view examples of these precedents. Museum President and CEO, Dr. Paul S. D’Ambrosio, explains: “These three subject areas of the exhibition reflect the 19th-century pieces in the Permanent Collection of the Fenimore Art Museum. The interpretation itself will help bridge the gap between traditionalism and modernism, allowing the exhibition to resonate with fans of both styles.”

While some celebrated 20th-century painters built upon 19th-century artistic traditions, others consciously sought to rebel against those same traditions. It began with the Ashcan school protesting against elitism by being more inclusive with their subject matter. As the American Modernism movement grew, Abstract Expressionism liberated color and form from the description of objects, creating the revolutionary artwork featured in the fourth and final section of the exhibition.

This sea of change brought the center of the art world to New York City, shifting away from the traditional capitol of Paris. Prendergast to Pollock uniquely represents the art of this era.

This traveling exhibition was organized by the Munson-Williams-Proctor Arts institute Museum of Art, Utica, New York. The national tour sponsor for the exhibition is the MetLife Foundation. The Henry Luce Foundation provided funding for the conservation of artworks in the exhibition.