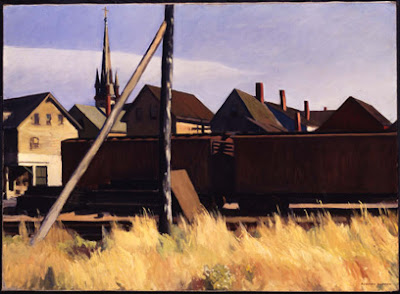 An exhibition showcasing the life work of noted 20th-century artist Edward Hopper opens May 28th at the Fenimore Art Museum in Cooperstown, New York. A Window into Edward Hopper will focus on the evolution of Hopper’s work from the 1890s to the 1930s, giving visitors a deeper insight into the man, his process, and his art.

As part of an innovative collaboration, the exhibition coincides with The Glimmerglass Festival’s presentation of Later the Same Evening, a 2007 contemporary opera based on five Hopper paintings. The opera brings the paintings to life and eventually intertwines them on a single night in New York City in 1932. One of the arias, “Out My One Window,” serves as the inspiration for the title of Fenimore Art Museum’s upcoming exhibition.

Approximately 40 works will be on display in the exhibition including early watercolors, etchings, drawings, and major oil paintings. Fenimore Art Museum President and CEO, Dr. Paul S. D’Ambrosio, comments, “In compiling this exhibition, we selected works that share the sensibility andstyle that Hopper is known for – an exploration of solitude and the desire for connection. Whether painting an urban or costal setting, the distinctive qualities of Hopper’s artistic vision come through.” Hopper played a key role in bridging the gap between traditionalists and modernists. His work is rooted in realism but his streamlined compositions capture the essence of modern American life.

A Window Into Edward Hopper is the first major exhibition of Hopper’s works in Central New York. A surprising fact, given that two of Hopper’s patrons, Edward Root and Stephen C. Clark, were based in the area.

For more information about this and other exhibitions, visit the Fenimore Art Museum’s website.