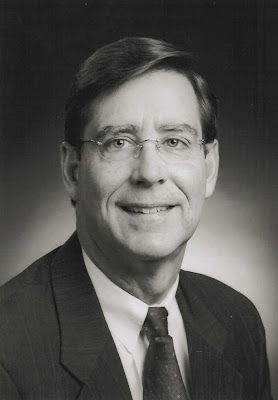 Based in Nashville, Tennessee, AASLH is the country’s leading association for history organizations and those who staff them. It provides leadership and support for its 6300 institutional and individual members, including professional development and recognition, publishing and networking, and advocacy.

The Association has been a leader in helping history museums, historic house museums, historical agencies and societies, and archives think creatively and entrepreneurially about their roles in contemporary society and in their communities and about how to sustain their programs and services even as traditional funding sources also are under duress.

Elliott will continue to serve as President and CEO of NYSHA and The Farmers’ Museum, and as Vice President of the Museum Association of New York.

Terry Davis, AASLH President and CEO, noted that Elliott had previously served on the Association’s Council and other national history education boards. “Steve is highly respected in the field. His thoughtful approach to issues and tireless advocacy for collaboration among history, museum, and educational organizations are timely strengths.”

Jane Forbes Clark, Chairman of The Farmers’ Museum Board of Directors, also commended Elliott’s selection. “He is a solid leader who works extremely well with Boards of Directors, and he certainly knows well the operational challenges that museums and history organizations have been surmounting.”

Dr. Douglas E. Evelyn, Chairman of the NYSHA Board of Trustees, is himself a former Chair of AASLH. “Steve is a good pick for this important national position at this particularly challenging time. He has a wealth of varied professional experience, having served in the field for 38 years, from Williamsburg to Cooperstown, and is wholly committed to maximizing how these vital keepers of America’s diverse heritage serve well their broad constituencies.”

Elliott has been the President of the New York State Historical Association and The Farmers’ Museum since 2005. Previously he served for five years as Executive Director of the First Freedom Center, in Richmond, Virginia, a non-profit whose educational mission focuses on the development of religious freedom in America. He held numerous posts over 28 years with The Colonial Williamsburg Foundation, in Virginia, the world’s largest living history museum, including Vice President of Education and Museums; Vice President and Chief Administration Officer; Vice President of Planning, Information and Capital Project Management, and Quality Performance; and, Secretary of the Foundation. He has also served on the Board and as a member of the Executive Committee of National History Day; as a governing Council Member and Vice Chair of the American Association for State and Local History; a Board Liaison for the National Council for History Education; and held leadership positions with many public service and community organizations in the Williamsburg-Hampton Roads and Cooperstown areas. Elliott received his Bachelor’s degree cum laude from Cornell University; completed doctoral coursework in history at The College of William and Mary; was a Fellow to the 1972 Seminar for Historic Administration, and completed the 1990 Tuck Business School Executive Program at Dartmouth College.